Publishers: Where Do We Go From Here?
Under our "new normal," success will be defined by those who focus on long-term sustainability over short-term profits. 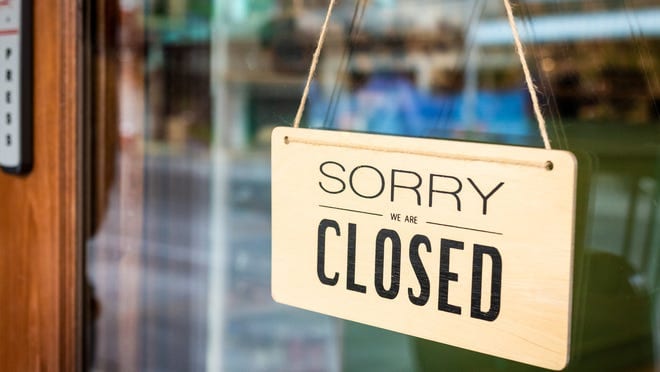 Whether or not we’re actually ready, America is reopening. The process to return to “normal” will be uneven and gradual across the country in the coming days, weeks and months. And regrettably, we are no more certain today than we were six weeks ago about what recovery will actually look like.

The impact on our economy from this pandemic is still yet to be fully realized, and it may take a generation to fully articulate. During the first quarter of the year our national GDP fell nearly 5%—the most since 2008. Worse, Q2’s GDP is forecasted to be down between 30-40%, which is not only unthinkable, but would also be a historical record in the U.S.

As of this morning, 30 million Americans had filed for unemployment, either because they were laid off or furloughed. Realistically, that number hasn’t quite peaked. And sadly, many of the jobs lost or put on hold may not come back, at least not for a good while.

Publishing has been hit hard, surely not as hard as some industries, but times are tough just the same. Anyone that wanted to read this story already knew that. I don’t need to recap who the victims are, but our industry has all the problematic symptoms of this downturn—pay cuts, furloughs, layoffs and shutdowns. Ad spending is drying up. The events business is ravaged beyond comprehension. Retailers are unable to open, thus unable to sell magazines, books and newspapers. It’s an economic horror story caused by microscopic genetic RNA material, also known as the COVID-19 virus.

All that said, the human cost of the pandemic is far worse, and it will continue to stay with us long after the economy has recovered. That’s important perspective as we try to professionally pick ourselves up and dust ourselves off. Those of us who get through this with our health and are able to return to work are better off than at least 228,000 people around the world who weren’t so fortunate and lost their lives to this virus. I apologize for getting preachy, but whenever you’re forced to weigh humanity versus economics, humanity always wins. Period.

So let me get to the reason you clicked on the headline in the first place: where do we go from here? I’ll be honest, I don’t know. But I do stand by what I said last month that this industry will go on. So let me expand on that idea a bit more and make some guesses and pleas about our future.

I will get this out of the way, rather than build up to it. The future of your business is digital. This is a truth a lot of our peers have all been lying to themselves about for at least a decade. It’s time for some publishers to stop clutching their pearls while trying to maintain a business model that is primarily reliant on one or two products. And to be clear, when I say the future is digital I’m not talking about pure-play digital publishing models that are essentially print businesses on a digital platform, driven by advertising and a sliver of subscription revenue. I’m talking about diversified digital businesses. In addition to table stakes like monetized content through the traditional routes as well as more robust new-age subscription products, a future-proofed digital publishing model is a suite of products that also includes virtual events, affiliate marketing and e-commerce. Many in the industry have already been playing in these spaces for years, and the pandemic has forced several others to jump in feet first.

There was a growing number of publishers before the pandemic generating more than half their revenue through digital products. I think over the next few years this number will continue to increase, but at a faster clip now. Conversely, those who continue to hitch their wagons to their legacy models and repudiate change, may not make it at all.

I want to make something very clear; I’m not saying that print is dead, nor are live events. However, we have learned the hard way that they are extremely vulnerable products to lean on. We’ve known this about print for years, and have been slowly (and painfully) lessening our dependency on it. What’s happened to our events businesses, on the other hand, has been a sudden and unexpected blow. The uncertainty around this product, at least in a face-to-face setting, is unparalleled in our industry’s recovery.

For the time being, we aren’t totally sure when crowds larger than a handful of people will be able to safely gather in public spaces. With such ambiguity, publishers will need to have a plan for every letter in the alphabet to make up for these potentially huge losses. A plan B isn’t enough.

The final point I want to discuss is the impact of an industry-wide brain drain. Pulling ourselves out of this is going to require hustle and innovation, to be sure. We will need to move swiftly and become even more nimble than we have conditioned ourselves to be. Beyond that, we’re going to need as many of the best and brightest people as possible to get us through this. And that is my biggest concern in regards to our recovery.

For years the industry has been contracting, and we have been losing top talent either through layoffs or people jumping ship to other industries. This has accelerated exponentially over the past six weeks. The scary thing about that is how desperately we need a strong, powerful workforce to rebound. Unfortunately, we can’t really afford one, at least not if we are beholden to profitability margins. Ultimately, that is why I think this recovery could be very long and difficult for publishing.

My economic philosophy is that human capital is the most important resource we have, both on a micro and macro scale. By reducing or even suppressing our investment in that resource, we are inhibiting our ability to bounce back stronger. There’s not a single economic precedent that suggests otherwise. Given that, my hope is others share my belief and join me in urging our industry to make short-term sacrifices on bottom lines in order to rebuild a sustainable, healthy industry together. I realize efficiency is critically important, and more talent doesn’t necessarily equal more productivity. But that’s not what I’m advocating for. Instead, I am suggesting that everyone avoid cutting corners with talent in order to right-size their businesses with short-term profitability in mind. Without people you have no product, and without a product, you have no profits. Downsizing will eventually lead to diminished products and diminished returns.

As an industry we need to grow the whole pie, not just our own slice.