3 Publishers Share a Page From Their Experiential Marketing Playbooks
While magazines continue to scramble for new revenue streams, events are proving that they can tick off multiple boxes. 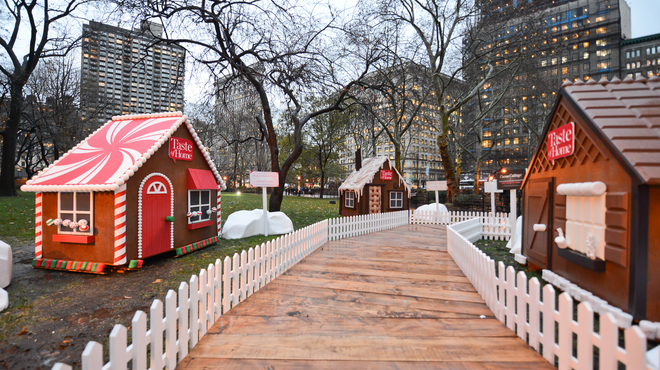 Home of the original Shake Shack and lined by food carts and the sprawling Eataly marketplace, it’s not difficult to find a good meal in Manhattan’s Madison Square Park. Nor is it easy to stand out.

One of the most difficult tasks in pulling the boulevard together each year has been coming up with “something more dazzling” than in years past, says Vanessa Bailey, senior marketing director at Trusted Media Brands, Taste of Home‘s parent company.

The Gingerbread Boulevard is an example of a tried-and-true tactic among magazines: creating an experience away from print pages or phone screens, connecting directly with readers and potential subscribers. These experiential marketing events, which can range from conferences to pop-up shops or festivals, provide publishers a way to connect advertisers to readers, as well as drive traffic, increase brand awareness and attract new subscribers. For some, it has also become a way to build a synonymous event, one that participants think of when they hear the publication’s name.

To build deeper, lasting engagements the events need a unique twist and value proposition, but most importantly, they need to embody a publication’s brand mission. 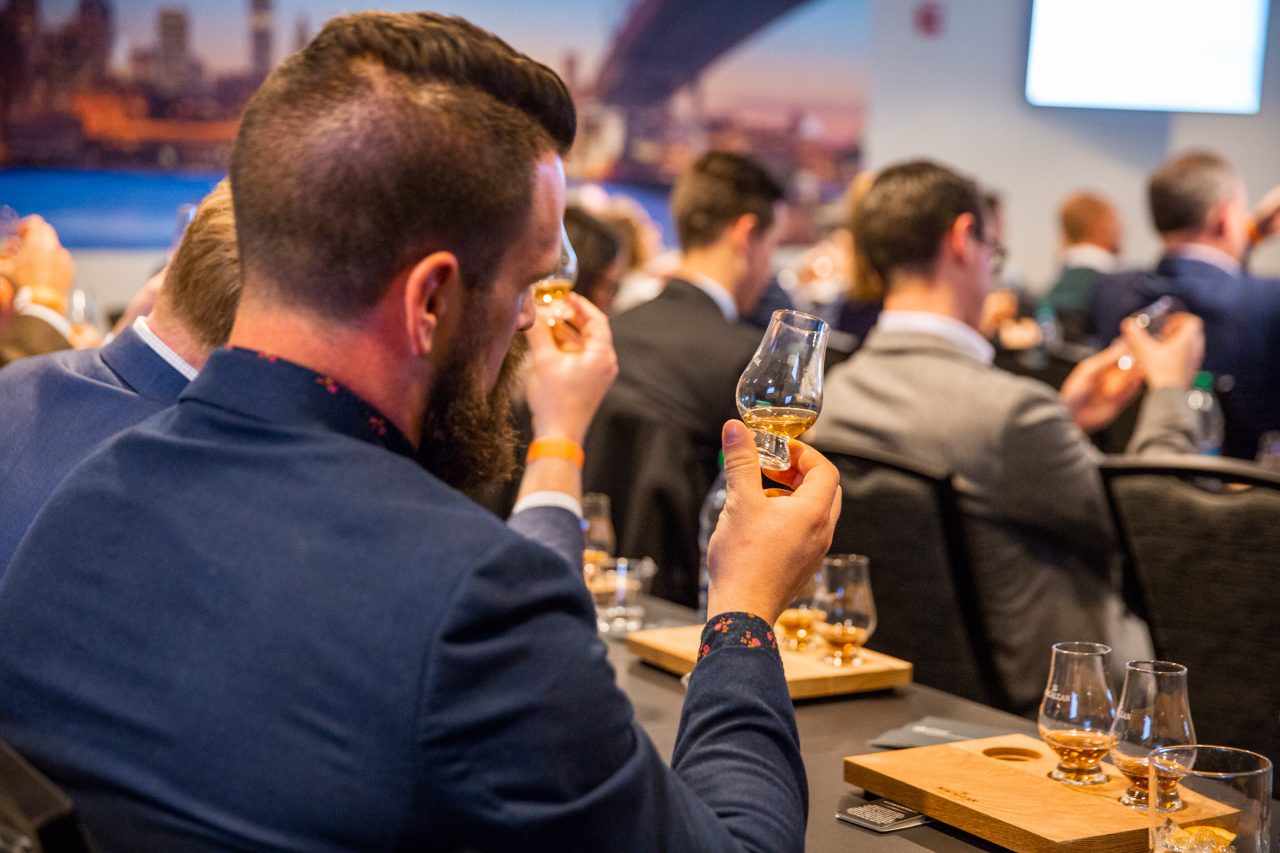 Philadelphia Magazine runs between 50 and 60 events a year, as experiential marketing and festivals have become an important source of revenue. One of its most popular—and profitable—is its annual Whiskey and Fine Spirits Festival, held in October.

It’s also one of the magazine’s longest-running, dating back to 2002. It started when the Pennsylvania Liquor Control Board—which operates over 600 wine and spirits stores throughout the state—asked the publication to run a festival that would consist of tasting unique whiskeys and other liquors. Fast-forward 17 years, and the brand is still finding ways to create new experiences to keep consumers interested.

In 2018, for example, artist Laolu Senbanjo—who designed bottles for special editions of Belvedere vodka and is known by many for his body painting work on Beyoncé’s visual album, “Lemonade”—appeared at the festival as a special guest. This year’s festival will play host to master distillers who will answer questions about how certain spirits are made, including the process and design.

Philadelphia Magazine then sells sponsorships to the brands that want to promote their products to attendees, which generates additional revenue, on top of ticket packages ranging from $90 to $175.

The festival has become synonymous with the magazine, providing both branding and direct revenues, while “building on what [the client] needs,” says Fitzgerald. The Pennsylvania Liquor Control Board remains the magazine’s partner in the festival all these years later. 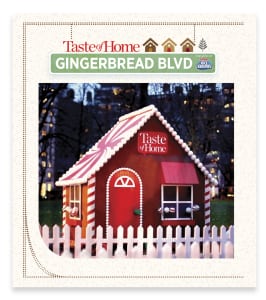 Make it an annual tradition

Taste of Home targets at-home cooks, who need recipes for feeding their family. So to bring that experience to life, Bailey asks: “How do you take the experience happening in [someone’s] home and blow that up in a big way? There’s no time that happens in a bigger way than during the holidays.”

That’s when the gingerbread houses came into the picture. Bailey and her team thought about family traditions, and how many create their own by building something, like a house made of sweets.

In the first year, the pop-up featured four houses and was accompanied by a tree-lighting ceremony in the park. In year two, Folgers came on board as an advertising partner.

Folgers and TOH collaborated to integrating the coffee brand into the experience. Visitors can find small details within the houses that invoke the image of a hot brew. One year, for example, kids and parents could gather inside the gingerbread house for a story, listening to a unique tale of a snowman that lost his nose. As the story unfolded, coffee mugs would have steam rise out.

“It provides a new way for advertisers to connect to consumers beyond traditional channels,” Bailey says.

But to keep the campaign viable, there needs to be a way to get people to come back year after year to experience the gingerbread houses. Last year, the unique wrinkle was the dining experience. People entered to win a spot, where they could eat inside the house (Folgers coffee was also served). Out of 300,000 total visitors to the site, they received over 4,000 entries, and all those names were added to the Taste of Home newsletter database.

Think about the consumer first 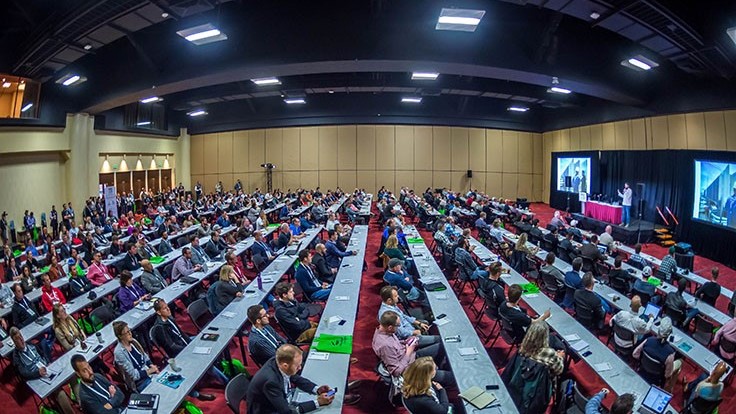 Experiential marketing only works if the consumer is truly interested and engaged. If the target audience has a need for it, wants to participate and gains something from the event, advertisers will follow. That’s why, three years ago, The Cannabis Business Times launched the Cannabis Conference.

For B2B publications, readers need one thing: sound, relatable advice and tactics on how to make their businesses more profitable. In a world where connections seem more fleeting, conferences have emerged as a strong revenue driver. According to Events Industry Council, conferences attracted 1.5 billion participants globally last year, with 35.6% of B2B event revenues coming from North America.

The Cannabis Business Times saw an opportunity to “be one of the largest trade show and media providers in the [cannabis] marketplace,” said group publisher Jim Gilbride.

Since the cannabis industry is only starting to blossom, Gilbride says there was an opportunity unlike he had ever seen. GIE Media, Cannabis Business Times’ parent company, owns a number of other B2B publications and hosts similar conferences in other industries. Gilbride says he’s never worked within an industry that was as nascent or fast-growing as cannabis.

But that has also brought along bad players, he says, building conferences or events that provide little value to the community. Gilbride wanted to bring the professionalism of GIE Media to the cannabis space, offering a one-of-a-kind event for cultivators by ensuring strong speakers and connecting companies in a professional setting.

“It helps us connect people,” said Gilbride, “and move the industry as a whole.”

Getting in early helped cement the conference as an annual must-attend experience, and one that’s growing. For the first conference, in 2015, Gilbride’s team expected 400 signups. They got double that amount, and that figure has since increased to over 2,000.

So although experiential marketing does not have a one-size-fits-all playbook for publishers, there are commonalities in not only how to develop a successful experience, but also why it’s an appealing revenue strategy for publishers who are seeking ways to make up for print losses. Experiential not only adds to the top and bottom lines, but it also directly connects publishers with their communities, and their communities to their partners.