If there’s one universal truth in publishing, it’s that you can never get complacent.

You see that even with the launch of the new subscription service Apple News+, for which publishers are lining up in one way or another as they question the reliability of Google and Facebook to send them profitable traffic, leading to the creation of more paywalls or other means of reader-supported revenue. All the while, investments in social media, video and regular old print fluctuate seemingly every quarter in a quest to ensure profitability for the work staffers produce.

But out of this inability to get comfortable come some creative solutions to old-school issues. Folio: spoke with leaders at three publishing houses to detail how they overcame obstacles when starting new businesses or overseeing new teams. 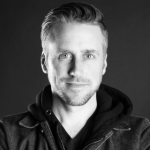 When Adam Fitzgerald started an Instagram account with some friends to post images of vintage motorcycles, he never thought it would turn into what it is today. The success of the account eventually led Fitzgerald to quit his job as a graphic designer in 2012 to co-found Iron & Air magazine.

In the years that followed, any success the magazine saw was by “just being really, really scrappy,” said Fitzgerald. But he and his co-founders realized that in order to take the magazine to the next level, they needed some financial support. That’s why in 2016 they decided to sell the magazine to Manchester, N.H.-based marketing agency GYK Antler. 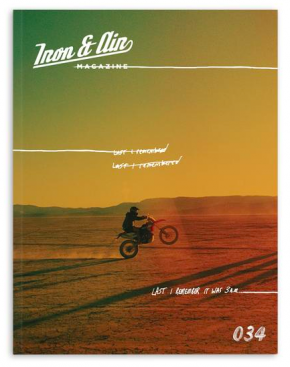 “That was probably the biggest thing for us, calming the initial hyper-creative ways to be profitable at any cost,” said Fitzgerald. It allowed him to “take a breath, calm down a little bit, and find ways to make this thing last longer than our own stamina.”

It also gave the team time to solve a churn rate in subscriptions that reached as high as 35 percent.

The solution was a paying model similar to Netflix: instead of offering an annual subscription that included four issues for $49, Iron & Air switched to a quarterly model, charging $9.95 four times a year. Before the release of each 114-page issue, members have the opportunity to cancel their subscription. If they don’t, their credit cards will be charged and they will receive the magazine. People who were on the fence to buy “were willing to take the chance for $9.95 per quarter,” says Fitzgerald.

Iron & Air launched the new pricing model in July 2017 and says it saw churn rates plummet to just 5 percent. Meanwhile, its subscriber base has grown by more than 180 percent. 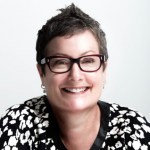 Revamping an Old Design at Taste of Home

Beth Tomkiw knows lifestyle content. She worked at Playboy for 13 years, writing and editing pieces about travel, cars and food, among other things, before moving into marketing and advertising roles, managing campaigns for brands similar to those she used to cover. But when Tomkiw moved back into the publishing world in July 2017, joining Trusted Media Brands (TMB) as its chief content officer, she says she “hadn’t even heard” of Taste of Home magazine—the company’s second-largest title after Reader’s Digest.

One of the most widely distributed magazines in the food space was growing stale and Tomkiw had to revive it.

Her first order of business: Rearrange departments, so instead of having teams working across multiple magazines, they would instead focus on one. While Tomkiw planned to look for external advice on how to rebrand Taste of Home, a team now solely dedicated to the magazine asked for the opportunity. They had long wanted to change the tone and design of the title and had ideas about how to do it.

Tomkiw gave them a test, tasking them with creating a new logo treatment. When the team came back with a design that Tomkiw thought showed promise, she then assigned everyone to come up with ideas on reimagining Taste of Home. “Everyone thought the same way,” said Tomkiw. They not only explained “what our strengths were, but also where we needed to go.” 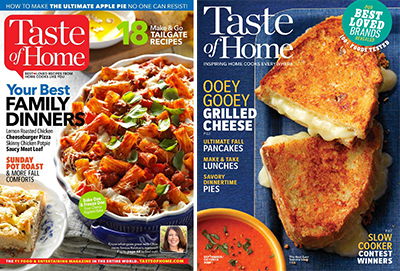 From there, Tomkiw ran market analyses around what would work to attract new readers without alienating the magazine’s core audience. This meant a lot of testing.

Originally, they planned to do extremely close-up pictures of food, like a hamburger with all the fixings, dripping with juices. Her team actually discovered that food photos with a bit of context, like a piece of parchment paper or a pan in the background, performed better both on the newsstands and on social media. They went through similar test runs with the tone of the stories and rate of publishing. This led to an increase in the number of pieces each month from, 25 to around 650.

The redesign connected. Print magazine sales have jumped 11 percent over the past year and monthly uniques to TasteofHome.com nearly doubled from 12 million to 20 million. Meanwhile, Taste of Home has even created new product lines, like selling branded coffee, based on findings in the redesign research. And because the team that produces the magazine led the effort, it built “such a tremendous sense of pride,” added Tomkiw. 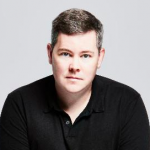 Standing Out Among the Studio Crowd

Within publishing companies, in-house creative agencies are becoming nearly as common a presence as magazines themselves. To stand out in such an environment isn’t easy for a new group.

But that’s what John Deschner, head of CNX, Condé Nast’s new internal agency, was tasked with when it launched late last year as the successor to the company’s branded content studio, 23 Stories. Except, unlike many creative groups under a magazine umbrella, CNX isn’t focused on funneling ad dollars back into Condé Nast titles. Instead, CNX develops ad campaigns, across any platform, agnostic to the magazines.

To create a standing early in CNX’s tenure that would compete with other publishers’ agencies, Deschner—who arrived at Condé an ad agency veteran with experience at TBWA, Ogilvy and Deutsch, among others—implemented a three-pronged plan.

First, he got to hiring. CNX formed by merging 23 Stories with other groups within the organization, leaving Deschner a base team that he then grew by about 25 percent, including adding former colleagues like creative director Xavier Teo and head of strategy Brandon Volpe, who have brought additional big-agency experience to the group.

Along with that, Deschner met with more than 80 outside CFOs and other company leaders in an effort to “build trust” with potential clients, he says. He knew that one of his best selling points was utilizing the Condé Nast name, highlighting how the studio can use the company’s data on its millions of readers to help businesses find the customer that’s buying tomorrow as opposed one purchasing today.

Along with that, he convened an advisory board, recruiting chief marketing officers and other officials at high profile, international companies. Deschner used their advice to “shape services and compensation models,” he says.

This tactic has given the studio the ability to attract clients like Google, Pepsi’s LIFEWTR and Comedy Central. It’s a good start, with many more challenges ahead.