Pride Media’s New CEO Pledges to ‘Right the Ship’
After a tumultuous three years, Diane Anderson-Minshall tells Folio: how she will turn her company around. 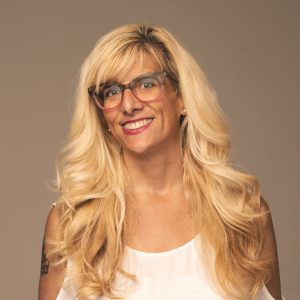 Diane Anderson-Minshall has spent nearly her entire career in the LGBTQ media space as a writer, editor and content strategist. Recently, her commitment was rewarded when she was promoted to to lead all of Pride Media as CEO, which had previously partnered with her company, Retrograde Media, to publish OUT, The Advocate, and a portfolio of other publications and experiential products for the LGBTQ community.

The caveat, of course, is that Anderson-Minshall’s new role will not be an easy one. Over the past few years, the company suffered from diminishing returns, newsworthy turnover and some not-so-good headlines about the inner workings of the company.

Some good news for Pride, however, is its long list of blue-chip advertising partners, across nearly every category, from Coca-Cola to MasterCard to Ralph Lauren and many others.

While this may be Anderson-Minshall’s dream job, she knows she has her work cut out for her. She not only needs to return the company to profitability, but also has to rebuild its reputation with its stakeholders.

But she’s confident that she’s the right person for the job.

With that in mind, we caught up with her shortly after the news of her promotion to hear exactly how she plans to turn the company around and reimagine it as a multiplatform media company.

Folio: Our first question is a simple one. Once you’re settled into your new role, what are your short- and long-term goals?

Diane Anderson-Minshall: My short term goal is to right the ship. I think we had some bad direction, so getting back to the core of our brands and thinking about our stakeholders and sustained value opportunities is most important.

We need to make some changes that will increase profits. That’s not to say we haven’t been profitable in the past, but not the last two years. We have outstanding debts and I want to resolve that and get back to a point where we know folks can trust us from the creative and consumer perspective. We have very loyal readers and our marketing partners have always been an important part of our success and we want to shore up those relationships.

The Advocate is 50 years-old and OUT is 25. We have a sense of purpose that benefits society. It’s not just about making money for the owners and the employees. It’s about all of our relationships. So we need to first remember where we came from and focus on what’s important to our stakeholders.

Folio: What do you see as Pride’s biggest business challenge?

Anderson-Minshall: I think there’s been a narrative in the media, stemming from layoffs, and departures—particularly on the OUT brand—and we didn’t counter with our own narrative. It gave an impression that there were bigger problems, like that there were no editors within the company. That’s not true. We have editors who have been with the company for two decades. So I want to change those kinds of misconceptions.

We have always had good relationships with our advertising partners, and my team was at the forefront of making tailored packages and we run like a mini agency. We need to be more creative and incorporate more of our editorial.

Our readers value our magazines and when people say ‘print is dead’ we aren’t necessarily who they are talking about.

Folio: How do you correct some of those misconceptions?

Andserson-Minshall: To really achieve substantial credibility you have to walk the walk and resolve any outstanding issues so things don’t continue to play out in the media.

People need to get paid. And I have the ability to communicate how we can pay them back. Communication is one thing I would like to bring to the table that has been lacking in the past.

I’m not going to point fingers, but my style is much different. 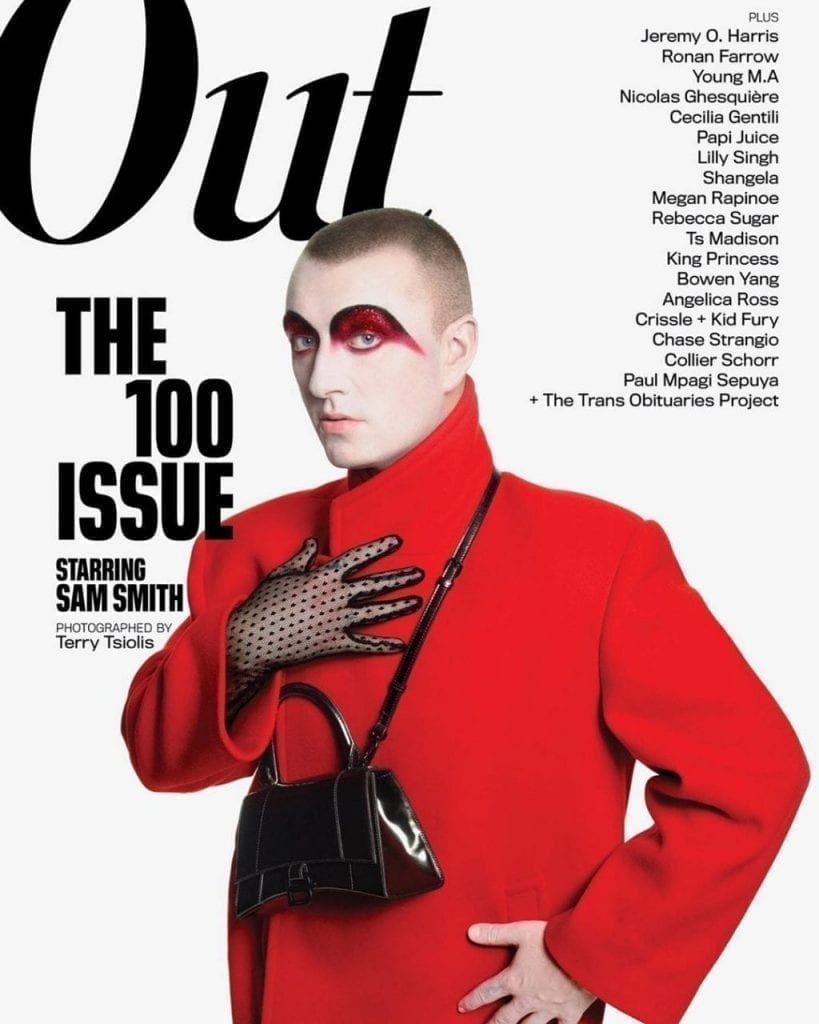 Folio: What do you see as Pride’s biggest untapped opportunity?

Anderson-Minshall: We have been really successful with experiential and brand extensions. That’s the great thing about magazines—they are ripe for extensions, particularly in the community we serve.

Our ‘OUT 100’ has been our largest extension, as well as our ‘Champions of Pride.’ They both bring in readers and visitors, but also impact our bottom line. Both will remain high on our list and we are shopping other experiential ideas.

We also extended into the podcast space which has been successful. It’s something we can wrap other channels around.

Folio: You mentioned print is still healthy for the business. But it has clear challenges across the industry. Where will it fit into the future of your company?

Anderson-Minshall: Print is not going anywhere under my watch. The demise of print is generally oversold by the media. There’s a higher penetration of print readers in the LGBTQ community than other segments. So for us, print is key. Our magazines are actively purchased and we work very closely with our advertising partners to make sure our ads speak directly to our readers. They care about which brands support LGBTQ issues.

Magazines are undervalued. They influence people’s decisions. They have a loyal readership and offer extensions into other worlds. So when we talk to people they still want print, but now they also want digital, or in some cases digital only.

Folio: You mentioned podcasting and experiential, but what other platforms or channels do you see potential in?

Anderson-Minshall: Video is an area where we started to grow, but we scaled back a couple years ago. Now it’s an area we want to look at more closely, but I have to make sure we’re doing what we really need to first, and then develop out from there.

As a company that’s meant to benefit society rather than ad dollars, we have a mission to get [our message] out there in as many ways as possible. Nobody wants to release a bad video series or streaming program that nobody watches.

We just finished booking a million dollars in business in January, so we know that we have some exciting things in different arenas coming. 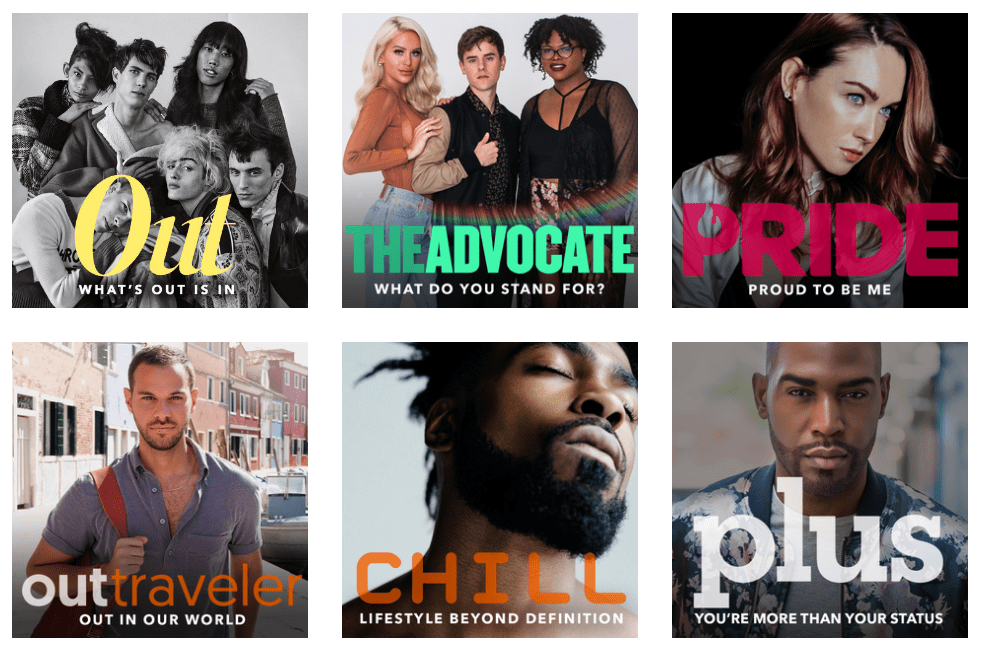 Folio: Circling back to what you said about the loyalty of your audience and how magazines have the power of influence, is affiliate marketing or e-commerce another possible play?

Anderson-Minshall: I think we have done some affiliate marketing many moons ago. I think e-commerce would be a great opportunity for the OUT brand. We have partnered with companies like Birchbox, which sort of falls in that arena, and think it’s something we will be looking at. Whether its 2020 I don’t know, but we’d be foolish not to think about it.

Folio: You have a defined mission, nobody would argue that, but with so much diversity in the LGBTQ community, how does Pride develop a strategy of not only who to serve, and how to serve them, but how to scale those services and explore new markets? 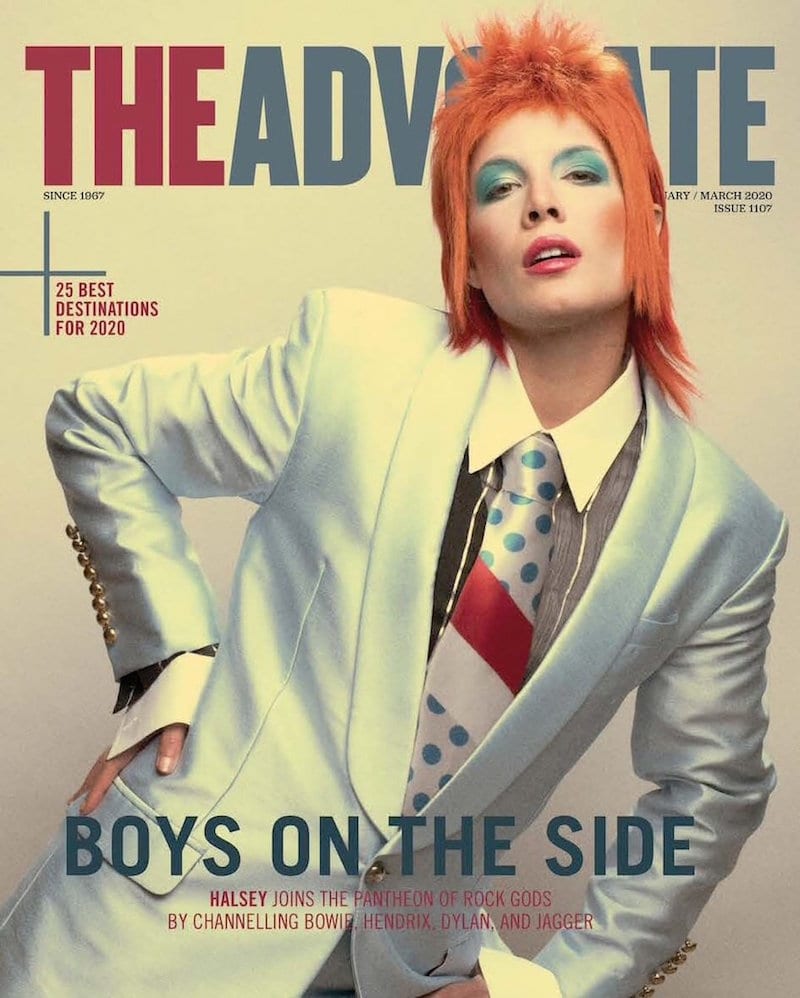 Anderson-Minshall: Unlike a lot of publishers and media companies, we have an audience that doesn’t necessarily age out of a brand as rapidly as others. We are serving multiple generations of readers from Gen-Z through pre-boomers. Trying to balance the needs of all of them is quite difficult. But we have done that by creating targeted content through our editorial or branded content and social platforms.

We know we get different audiences for different brands and platforms. And we know the number of women readers have greatly increased across the board, particularly for OUT, which had very few prior to a few years ago. The same [is true] with people of color and transgender people.

We expanded pride.com for Millennials and Gen-Z to give them a very different space.

There’s also Plus, our health brand.

So it’s a combination of targeting our editorial and expanding our partnerships into new arenas. When you bring on certain partners you can work with them in different ways and that has really helped us. Travel industry partners, for instance, bring in affluent, dual-income gay readers. Diet Coke and Pepsi, on the other hand, bring in younger people.

I think this has been successful and we continue to see changes. I wouldn’t be surprised down the line to see a brand launch geared towards people over 50. People eventually do age out of a media brand but they still have specific needs.