When it comes to rock-n-roll, some say imitation is the sincerest form of flattery (Have you ever heard or seen Mr. Brownstone, the Guns ‘N’ Roses cover band? They’re awesome!). Others say kill your idols.

When it comes to magazine cover design, the best approach probably falls somewhere in between. Future US Inc.’s Pregnancy went for broke for its recent November issue cover, attempting a note-for-note “cover” of Rolling Stone’s infamous 1993 portrait of Janet Jackson featuring a pair of strategically placed hands. (Pregnancy swapped out Janet with Jan from NBC’s The Office.) 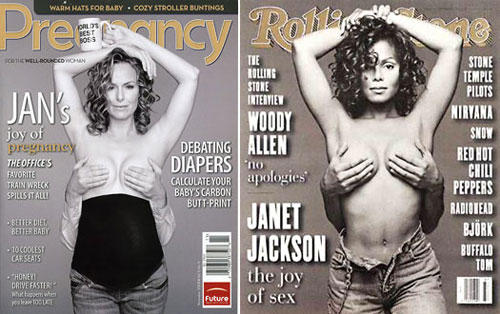 Designers are usually split on the issue. (Luke Hayman, for one, criticized Esquire for imitating itself.) I think magazines are better served by drawing inspiration from covers, rather than copping entire designs. Check out this recent, excellent Transworld Snowboarding cover, and the Esquire-pioneered, angled type treatment it borrows from. 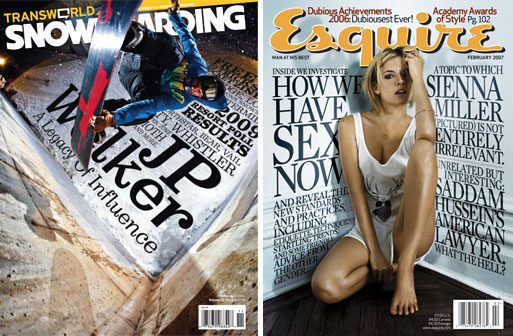 I say all of this, of course, knowing I was pushing hard for FOLIO: to violate this approach entirely for our “green issue” cover with a blatant ripoff of a National Lampoon classic. 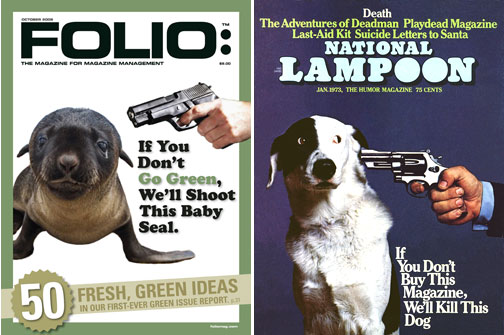