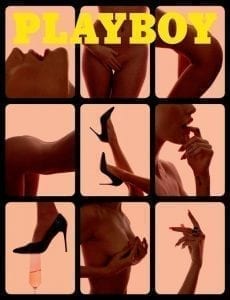 It seems Playboy‘s Spring 2020 issue, on newsstands this week, will be its last.

The 66 year-old magazine is ceasing regular production of its print edition and moving ahead with a “digital-first publishing schedule,” CEO Ben Kohn wrote in an open letter Wednesday afternoon.

Citing the brand’s robust licensing and e-commerce business as well as its growth in digital video subscriptions and on social media, Kohn said ongoing internal discussions at Playboy about the future of the print magazine were hastened this week by disruptions to the magazine’s production and supply chain caused by the COVID-19 pandemic.

“It’s no surprise that media consumption habits have been changing for some time,” he wrote. “And while the stories we produce and the artwork we showcase is enjoyed by millions of people on digital platforms, our content in its printed form reaches the hands of only a fraction of our fans.”

While the print edition will cease regular production, Kohn added that Playboy plans to continue to publish some special editions and collections in print next year.

“Print is how we began and print will always be a part of who we are,” he said. “Over the past 66 years, we’ve become far more than a magazine. And sometimes you have to let go of the past to make room for the future.”

The announcement caps several years of efforts at Playboy to adapt its once-iconic print edition to the digital age, including scrubbing all nudity from its pages in 2016 only to bring it back a little more than a year later, reducing its frequency from 12 issues to six, and then ultimately relaunching it last year as a quarterly product with a higher-quality paper stock and no advertising.

Two years ago, Kohn, who took over Playboy Enterprises in 2016, implied to The Wall Street Journal that he was considering ending Playboy‘s print edition to focus the business on licensing deals and other joint ventures. At the time, the Journal reported that the print magazine was losing up to $7 million a year.

Cooper Hefner, the son of Playboy founder Hugh Hefner, who passed away in 2017, had been serving as chief content officer at Playboy Enterprises since 2016, but left the company last April to launch a new venture and join the Air Force Reserve.