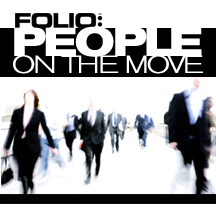 Diana Tsui has joined InStyle as senior editor. She joins from New York Magazine’s “The Cut,” where she served as online senior market editor.

Time Inc. has hired M. Scott Havens as senior vice president of digital. Havens joins from his previous post as president at The Atlantic.

Greg Bishop has started at Sports Illustrated as a reporter. He most recently served as a general assignment sports reporter at The New York Times.

Richard Just has been named editor of National Journal. Just comes from Newsweek, where he also served as editor.

Business Insider has made editorial changes:

Ken Bensinger has joined BuzzFeed’s investigative unit as senior reporter. He most recently served as a business reporter at the Los Angeles Times.

Tim Teeman has been hired as the senior culture editor at The Daily Beast. He was most recently the U.S. Correspondent for The Times.

Claudia Parsons has joined Newsweek as a senior editor. She was previously a top news editor and deputy enterprise editor at Reuters.

Mashable has expanded its editorial staff by three: