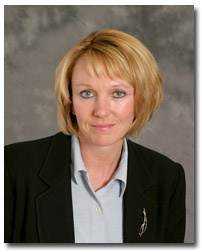 According to Rowlands [pictured], the reorganization will organize Penton “logically for our customers (content users, advertisers and attendees), employees and partners.”

The five new groups include: industry; agriculture, food and marketing; lifestyle; technology; and financial services. They will be led by their respective group leaders, the company said. Individual segments will include all magazines, Web sites, events, directories and data products associated with that particular market.

Each segment will be further managed by a nine-member executive committee. Among the committee members are Rowlands, CFO Jean Clifton and Warren Bimblick, who will now serve in the newly-created role of senior vice president of strategy and business development.

No other layoffs were made and no products were closed as part of the reorganization, Bimblick told FOLIO:.

In recent months, a number of other publishers have instituted similar reorganizations. In August, Source Media underwent a sweeping reorganization that concentrated its more than 60 magazines into four business groups—banking, capital markets, technology and professional services—and recast editorial staffs for each individual brands by rolling editors into combined units and pooling writers.

In October, F+W Media announced a reorganization that grouped its products according to “communities,” not by channel.