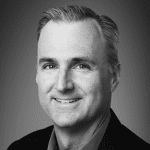 A 16-year veteran of PMC, Perrault joined the company shortly after its formation in 2004 and has served as executive VP of business development since 2017. He will continue to report to chairman and CEO Jay Penske in the new role.

“Craig’s in-depth knowledge and experience across our organization and industry uniquely equips him to drive key areas for PMC as we enter our next phase of growth,” said Jay Penske in a statement. 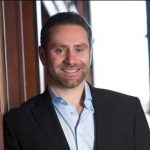 Twenty-one years after founding Praetorian Digital, parent company of digital outlets EMS1, FireRescue1 and PoliceOne, among others, CEO Alex Ford announced that he is stepping down from day-to-day operations and transitioning to an advisory role with Lexipol LLC, the public safety training provider which merged with Praetorian Digital last year. He will also remain a member of Lexipol’s board.

“Looking back, it’s hard to believe we were able to survive the dot-com crash, much less thrive and merge with Lexipol to become the 300 person strong market leader we are today,” Ford wrote in a LinkedIn post on Monday. “The move will allow me to shift my attention from day-to-day operations and focus on strategic direction, corporate development and M&A as well as take a breather and pursue other entrepreneurial and investment activities.” 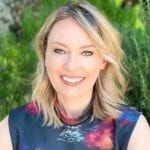 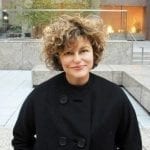 The Atlantic has hired Caroline Smith as design director, editor-in-chief Jeffrey Goldberg and creative director Peter Mendelsund announced late last week. Smith, who consulted on The Atlantic‘s redesign last year, will primarily lead design direction for the website, working alongside fellow design director Oliver Munday, who will remain focused on the print magazine. Prior to The Atlantic, Smith spent two years at Topic and The Intercept parent First Look Media as photography and visuals editor, and before that was special projects editor at Time, photography director at Marie Claire and photo editor at New York magazine. 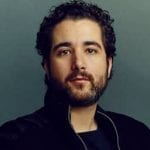 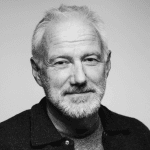 High Times parent company Hightimes Holding Corp. has appointed Peter Horvath as its new CEO, the fourth person to hold that position in the past 13 months. Horvath replaces former Overstock.com president Stormy Simon, who lasted just four months in the role. Simon had in turn been brought on to replace former CEO Kraig King, who resigned in December after eight months at the helm.

Charged with continuing the company’s strategic expansion into retail and dispensaries, Horvath joins from Green Growth Brands, a cannabis and CBD products retailer where he’d been CEO since March 2018. Prior to that, Horvath was chief commercial officer at American Eagle Outfitters and COO at Victoria’s Secret.

Buzzfeed News has named Mark Schoofs as its next editor-in-chief, filling a void left by previous EIC Ben Smith‘s departure to The New York Times in January. It’s a return to Buzzfeed for Schoofs, who co-founded Buzzfeed News’ investigative team in 2014. Currently a visiting professor at USC’s Annenberg School of Journalism, Schoofs was previously a senior editor at ProPublica and spent more than a decade as a reporter for The Wall Street Journal. As a staff writer for the Village Voice, Schoofs earned a Pulitzer Prize in 2000 for an eight-part series on the devastation caused by AIDS in Africa.

At G/O Media, Deadspin has hired Rob Parker to as a weekly columnist. Parker previously spent seven years as a columnist at The Shadow League and makes regular appearances on FS1, Fox Sports Radio and as the 10pm sports anchor on WXYZ, Detroit’s ABC affiliate. Prior to moving into TV and radio, Parker was a sports columnist at the Detroit Free Press, Newsday and the Detroit News.