F+W’s former Artist’s Network and Crafts communities, which includes Artists Magazine, The Quilting Company and Interweave.com, as well as its HOWDesign.com and PrintMag.com properties were originally sold to Macanta Investments, LLC—also an investor in F+W—during the company’s bankruptcy auction last month for a total of $3,525,000.

O’Toole, who had served as chairman of F+W’s board of directors, was also a co-managing partner of the private investment firm Tinicum Inc., which had acquired a majority stake in F+W in 2014.

The formation of Peak Media, which former F+W CEO Gregory Osberg will continue to lead as its CEO, was part of a strategic plan to come out of the Chapter 11 bankruptcy proceedings with clean assets and no more lingering financial burdens, according to Osberg.

“The company has been financially challenged for the past couple of years, probably since 2017, so it just wasn’t in the position to apply the resources and the investment necessary for growth,” he tells Folio:. “The products were always sound—they had very loyal customers, readers and advertisers—but we just didn’t have the resources to launch new initiatives.”

Osberg was originally brought into F+W as a consultant in January 2018 and took on the role of interim chief executive following the ouster of CEO Tom Beusse, COO Joe Seibert and CTO Joe Romello. Later that year, he officially became the company’s final CEO and led the company through its bankruptcy journey.

“There was a tremendous amount of time focused on financial restructuring that basically absorbed most of the time of the management team,” explains Osberg. “Now we can take 100% of the focus of our time in efforts of growth initiatives.” 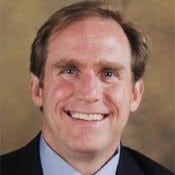 During the final months of dissolving F+W, Osberg says that his primary goal was to find new homes for the company’s assets and new jobs for the remaining employees, while making some returns for its former lenders and owners—all of which, he says, they accomplished.

The majority of the former F+W staffers were offered positions by the brands’ new owners, but for those who weren’t, Osberg says they were offered opportunities at Peak Media, which, once it fills its vacant roles, will be made up of approximately 100 employees, many of whom made the transition from F+W.

The new company, which focuses solely on the fine arts and crafting niches, is positioned to become more competitive within this special interest space, something that he realized F+W wasn’t capable of doing because it had gotten too broad to satisfy its audiences’ needs in each industry it covered.

“Without the resources available to go very deep in any one vertical, we couldn’t provide the products and the features and the services that were required to build really deep relationships with the communities, and then also to be able to offer opportunities to the advertising communities,” he says. “Now, we are going to be very narrowly focused on these two communities and we will have the resources behind us to go into a growth mode, rather than be challenged with a heavy-debt mode.”

But out of all of the enthusiast communities that F+W catered to, Osberg says he believes O’Toole targeted the Craft and Fine Arts communities because they have scale.

“Crafts was the largest division at F+W and the Fine Arts community was probably in the top three in terms of size,” explains Osberg. “We wanted a new business that had a significant amount of revenue and we analyzed all of these communities and we felt that [these two] had the greatest potential for growth.” 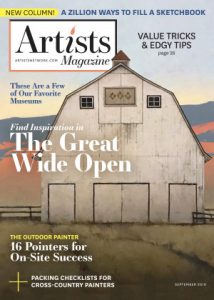 The three growth areas that are being prioritized at the new company and he anticipates having the greatest ROI are video, affiliate partnerships and creating new membership models. Particularly within the crafting community, Osberg says that video instruction had already been a major investment for F+W and it had seen encouraging participation from their existing users and subscribers. And because of that, digital video development will be one of the new company’s top priorities.

He continues that because of the ingrained expertise in other enthusiast niches that had once existed at F+W, there is also the revenue opportunity to turn the company’s video studio into a content lab, where Peak Media can help other publishers launch video courses of their own.

However, there are other revenue streams being carried over that Osberg says will have to be modified in order to streamline and limit overhead.

“Historically, we were selling a lot of physical goods in the e-commerce area,” he explains. “That was a strategic flaw that was sort of challenging for us.”

Going forward, the brands will work with affiliate partners in order to still provide users with the ability to buy the products they need for their crafts and art projects, without having to worry about warehouse and distribution costs.

And finally, Osberg says that in the early stages of the company’s launch, there will be test initiatives around new membership programs that will work to limit the “á la carte” model of purchasing a magazine subscription or downloading a digital pattern.

“We are going to be 100% focused on stabilizing and building a really strong foundation this fall across these two communities. Then, we will be launching the new initiatives early next year,” he says. “We’re not going to rush into expanding into multiple verticals until we’ve established a successful track record with the communities that we’re in right now.”