Contacted via email, Industry Dive co-founder and CEO Sean Griffey said neither side is sharing the financial terms of the transaction, but that the company plans to use the influx of funding to expand into additional markets, both through new launches and acquisitions, and to invest in its journalism.

With revenues have more than quadrupled since 2015 to $22 million as of last year, the company hired eight additional editors and reporters a month ago when it launched its 19th vertical, CFO Dive, bringing the total newsroom headcount to 72.

“We were attracted to Falfurrias because they shared our vision for the future,” Griffey tells Folio:. “From the very first meeting, they highlighted their belief in the importance of high-quality, independent journalism to grow media companies. That resonated with the team here. We’ve had opportunities in the past but never felt that we had a partner who so closely aligned with our vision and values before.”

As a result of the deal, Falfurrias will gain two seats on Industry Dive’s board of directors, but the company will continue to be led by Griffey and his two co-founders, CTO Eli Dickinson and CRO Ryan Willumson.

Industry Dive isn’t sharing which markets, specifically, it plans to expand into, but Griffey says there are “numerous ones we like.” 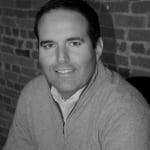 “In general, we like industries that are heavily impacted by technology or regulation,” he adds. “That is the first dynamic needed to create a sustainable media organization with our model.”

Prior to CFO Dive, the company launched its 18th vertical, Banking Dive, over the summer, and acquired online life sciences publication InsightCity back in February as part of an expansion of BioPharma Dive.

Within its verticals, which are almost entirely supported by various forms of advertising, Griffey says the company has seen particular growth in marketing services and its brand studio, whose content marketing clients have included IBM, Siemens and UPS, among others. The company claims to reach a total audience of more than 7 million across all of its brands.

Launched in 2006 by former Bank of America chairman and CEO Hugh McColl, former Bank of America CFO Marc Oken and private equity vet Ed McMahan, who currently serves as the firm’s managing partner, Falfurrias Capital Partners says it focuses its investments on middle-market companies with EBIDTA between $5 and $40 million.

“Industry Dive’s world-class journalism combines cross-industry perspective and hyper-relevant, niche expertise. That is the future of business news,” said Falfurrias Capital principal Geordie Pierson in a statement. “Add to that their ability to reach people directly, and you’ve got tremendous potential for innovation.”