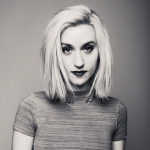 Nylon editor-in-chief Gabrielle Korn is stepping down from her role following last month’s sale of the magazine to Bustle Digital Group.

In her August editor’s letter, Korn said, “I’ve weighed my options carefully, and the company’s acquisition feels like a natural conclusion to what has been a life-changing five years.” She also stated in her letter that she does not yet know her next role, but she does have a book coming out next year.

Korn joined Nylon in 2015 from Refinery29 as a senior editor and quickly rose through the ranks on the brand’s digital side to deputy editor, editorial director and finally to digital editor-in-chief before taking over as the publication’s top editor following shuttering of its print edition in 2017.

During BDG’s acquisition of the title, the company also announced that it would be relaunching the magazine’s print run through special interest publications. Her successor has not yet been announced. 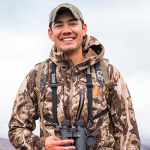 Bonnier Corp.’s Outdoor Life named Alex Robinson as its new editor-in-chief this week, effective immediately. Robinson has been with the brand for nine years, starting as its online editor before moving up to senior online editor and, most recently, executive editor.

“This was not a simple matter of internal promotion. Of all the people we spoke with, Alex has the clearest and most exciting vision for Outdoor Life,” said Joe Brown in a statement, who was recently promoted to VP and editorial director of Outdoor Life and three other New York-based titles earlier this year. “He is a thoughtful editor, an expert outdoorsman, and a great leader. We’re excited to see how he moves this historic brand into a new chapter.”

Silvergleid has over two decades of experience in sales and account management leadership positions, including most recently serving as a senior sales consultant for research and advisory firm Gartner. 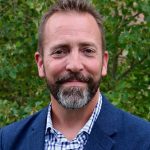 National Business Media, which publishes A&E, Printwear and RV Pro magazines, among others, promoted Dave Pomeroy to president of the company, taking over those responsibilities from longtime president, CEO and founder Bob Wieber. Wieber, who founded the company in 1985, will remain on as CEO.

Pomeroy has been with the company for 25 years. In 2013, he moved into his most recent role of VP of publishing and markets, but prior to that, he was the publisher of A&E and Printwear.

Matt Haber is the new San Francisco Bureau chief for Inc. magazine. He will report to executive director of editorial Jon Fine. Most recently, Haber was the editor-at-large for Vehicle, a regional magazine for Uber drivers, but earlier in his career, he co-created and co-edited Creative Growth Magazine, an annual publication from the Oakland-based arts center for adults with developmental disabilities Creative Growth. He has also worked for Condé Nast, the New York Observer, Fast Company and Entertainment Weekly, as well as written for the New York Times, Rolling Stone, GQ, and Esquire.

Steve LeVine and Jean-Luc Bouchard are joining Medium to work on its new, to-be-named business magazine. Last week, we reported that Danielle Sacks was joining the publication as its new executive editor from Inc. magazine,  and LeVine and Bouchard will be taking on the roles as editor-at-large and senior platform editor, respectively.

LeVine, who most recently served as Axios’ editor and lead writer for the daily “Future” newsletter, will also write for Medium’s science and technology, and general interest publications, OneZero and Gen. He has also previously worked for the Wall Street Journal, the New York Times, the Financial Times and Newsweek.

Bouchard comes to Medium from investment app Acorns, where he served as a senior content strategist. Before that, he was Quartz’s growth editor and the social media editor for Business Insider.

Marijuana Business Daily is growing its market intelligence division with the addition of two equity research analysts, Craig Behnke, CFA and Mike Regan. In these roles, Behnke and Regan will work to  expand the financial cannabis market analysis for the company’s Investor Intelligence suite of tools.

Together, they bring over 50 years of experience in investment analysis. Behnke most recently served as a senior equity analyst for USAA and before that, as an equity analyst and partner at Maple Capital Management. Regan previously spent four years at Roubaix Capital where he was a senior analyst.

Digital Trends named two new editors to help grow its coverage of technology and the impact it has on humans. John Velasco started as the new smart home editor and Corey Gaskin joined the brand as its new associate mobile and wearable editor. Both come to the company from PhoneArena, where Velasco covered mobile tech for over a decade. Before that, Gaskin also worked for Microsoft, XDA-developers.

Long Nguyen, the co-founder and style director of Flaunt Magazine, has stepped down from his role after over 20 years. according to a report from WWD, decided to leave after allegations of harassment against the publication’s CEO Luis Barajas and editor-in-chief Matthew Bedard were made by a former assistant.

Serena Sonoma started at Out Magazine as its weekend writer. She previously was a freelance writer with bylines in Teen Vogue, Harper’s Bazaar, Vice, Vox and others.

Adweek tapped Ryan Barwick as a travel reporter, covering airline, hotel and cruise ship news. Most recently, he was a broadcast associate for CBS News and before that, he was a fellow for the Center for Public Integrity and interned for the Philadelphia Inquirer.

Correction: An earlier version of this article, stating that Joanna Saltz, editorial director of Delish.com and House Beautiful, was departing Hearst after 15 years, was based off of a misinterpreted social media post. A rep for Hearst confirms that Saltz remains in both roles.