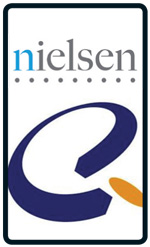 The breakup of these former media powerhouses exemplified the industry’s creative chaos: divestment, downsizing and dissolution, followed, perhaps, by opportunity.

Reed Business Information and Nielsen Business Media are classic examples of the life cycle of large, multimarket b-to-b media companies. Both were built through a series of acquisitions of smaller companies. Shifting objectives, combined with the impact of the 2008-2010 recession, combined with fundamental structural flaws in the model, proved to be too much for Nielsen and Reed, and they divested all of their trade-magazine operations in chunks in late 2009 and early 2010. Among the transactions:

• Eight Nielsen brands, including The Hollywood Reporter, sold to to e5 Global Media in December 2009.

• On the Reed side, three titles were sold to NewBay Media in December 2009.

• In May, Reed passed 13 shuttered print and online properties to MB Media.

All of that activity signaled that the days of the large, multimarket b-to-b publishing company might be numbered. Very often, the real decision-making power at these companies resides far from the market level, while market-level skill and expertise is pushed far down from the C-Suite. The result is a disjointed, slow-moving entity that forces cookie-cutter solutions on all its brands, even when they don’t fit—all in the name of efficiency. Also, these companies are often saddled with private-equity debt, making them impossible to operate profitably. By pushing otherwise functional brands back into low-overhead, entrepreneurial environments, the hope is that they can live on.