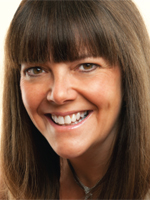 Takeaway: Actively monitoring the competition, Nicole Vogel has been able to expand her network of city and specialty titles across the Western U.S.

Nicole Vogel has established a network of city and specialty titles across the Western U.S., but her most recent launch was a trip back home. Houstonia, which began publishing in April, is SagaCity Media’s first new major title since 2006.

Vogel has kept the company at the forefront of change with its other city magazines—Seattle Met and Portland Monthly—and a stable of special publications. Close to 20 percent of revenue for its main titles is now coming from digital business.

Informed product development is key, she says. Your own analytics are a big part of it, but so is competitive intelligence. The decline of local newspapers has created a void that Vogel’s team actively looks to fill.

“As newspapers have had to focus in on their core newsgathering as they lost personnel, they gave up lifestyle to us,” she says. “We feel very much that we’re holding the news of lifestyle. That’s something we report on every day—culture, entertainment, food and restaurant coverage.”

But while the magazines share management, their geographic markets are too diverse to syndicate content, even if the editorial segments are similar.

“There’s not a really fantastic way of creating synergies from a cost standpoint, but there is from a know-how standpoint,” she says. “We’ll know what people want in each market, but we’re not going to phone it in by putting the same content in Portland as in Houston.”