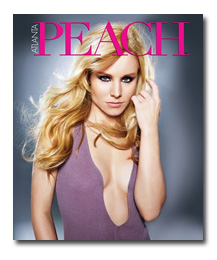 The monthly was folded in order for Niche to “focus resources and energy on the strategic investments that are best suited to continue our growth objectives for the future success of our business,” founder Jerry Powers said in a statement.

The magazine’s Web site also was shut down.

It was not immediately clear what would become of the magazines employees (there were fewer than 10). Niche Media CEO Jason Binn did not immediately return a request for comment.

In fall 2007, Niche Media finalized an agreement that effectively unified its operations with Ocean Drive Media and Greenspun Media Group.

The closing of Atlanta Peach comes a little more than a month after Niche Media announced a restructuring to reduce staffing redundancies. Owner Greenspun recently reduced its workforce by about 10 percent.