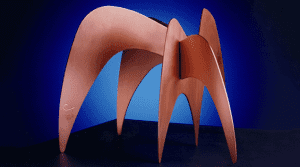 The New York Times Magazine was the top winner at this year’s National Magazine Awards (commonly referred to as the “Ellies”), which were held as a virtual ceremony Thursday evening after the annual gala, originally set for Brooklyn in mid-March, was canceled due to the COVID-19 pandemic.

By the broadcast’s end, the Sunday magazine had received five awards, the most of any individual title, including its first-ever win for General Excellence, which is awarded across four categories based on publication type and is considered the program’s top honor.

The magazine also won for feature writing, reporting, podcasting and public interest, the latter two specifically for “The 1619 Project,” which also received a Pulitzer Prize three weeks ago. In total, The New York Times Magazine has now earned 11 Ellie Awards since 2017, according to the American Society of Magazine Editors, which administers the awards in partnership with Columbia Journalism School. 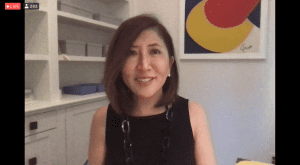 Much shorter in duration than the glitzy galas of years past (as a matter of practicality, there were no acceptance speeches, apart from a handful of awards with previously announced winners), this year’s ceremony took on a different type of intimate feel, with editors like Time‘s Edward Felsenthal, Wired‘s Nicholas Thompson, Cosmopolitan‘s Jessica Pels or ASME VP Janice Min announcing each category’s winners in pre-recorded messages from their homes—with the exception of Hearst Autos’ editorial director, Joe Brown, who recorded his intro from the driver’s seat of his (parked) car.

Right behind The New York Times Magazine were Bon Appétit, which won four awards, including a General Excellence win in the lifestyle category and additional wins for design, video and leisure interests, as well as National Geographic, which won for photography (its 10th Ellie in that category), feature photography, feature design and social media.

In the special interest category, the General Excellence award went to The Hollywood Reporter, crediting former longtime editorial director Matthew Belloni, who stepped down from that role in April amid disagreements with owner Valence Media.

The fourth General Excellence award, in the literature, science and politics category, went to Quanta, an eight-year-old digital magazine covering advancements in science and mathematics, which was not only a first-time Ellie winner but also a first-time finalist. 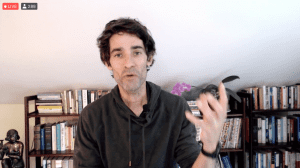 But in perhaps the biggest surprise of the evening, two titles that have dominated the Ellie Awards in recent years, New York magazine and The New Yorker, were both shut out entirely. By comparison, the two magazines combined for 11 Ellies in 2018 and 2019 alone. This year, New York was named a finalist in eight categories, while The New Yorker was a finalist in seven.

And notably absent at this year’s awards, even among the finalists, was the nation’s largest consumer magazine publisher, Meredith Corp., despite being a regular participant in prior years and having multiple employees serve on this year’s list of judges.

After several more winners were announced, including a first-timer in The Washington Post Magazine, in the single-topic issue category, one of the last big honors of the evening went to former Esquire editor-in-chief David Granger, who was this year’s inductee into the Magazine Editors’ Hall of Fame, introduced by journalist Tom Junod, himself a two-time Ellie Award winner who wrote for Granger at both Esquire and GQ. 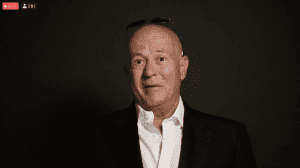 “Nearly every day I worked at Esquire, I was fairly certain I was going to get fired,” commented Granger in turn, after thanking several former colleagues, writers, editors and designers. “It dawned on me early, that given the certainty of my fate, my goal should be to do the things I’d be proudest of after I got shit-canned. So I did.”

View the full list of winners and finalists below (winners are in bold):

ASME NEXT Awards for Journalists Under 30