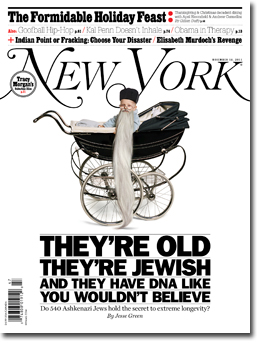 At a time when many magazines are either lowering prices or giving away content, New York Magazine is choosing another route.

New York experimented with price increases on select issues in third quarter 2011, and sales remained steady despite the fluctuation.

“While we’ve found that our ‘newsstand’ has in many ways migrated to our website nymag.com…our newsstand business remains highly profitable and an effective marketing vehicle,” says New York’s rep.

New York continues to see success with its web property: average monthly uniques were up 20 percent in first half 2011. Its web audience increased to record numbers this fall, with 10.5 million uniques in September, and 10.8 million in October tracked on nymag.com.

Nymag.com is also bucking the trend of floundering web ad sales throughout the industry. Digital ad revenue was up 15 percent from first half 2010 to the same period in 2011, which represented 36 percent of total display ad dollars for its print and web properties.