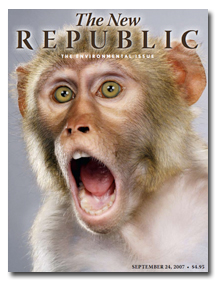 The New Republic is quietly considering a sale, FOLIO: has learned.

Martin Peretz, editor-in-chief and former longtime part owner of Washington, D.C.-based TNR, is in negotiations to reacquire the assets of the magazine from CanWest Global Communications, sources said Thursday.

It was not immediately clear if Peretz is acting alone or in concert with a group of investors. Peretz did not return a request for comment.

When contacted by FOLIO:, a CanWest spokesperson declined to comment on speculation.

Winnipeg, Canada-based CanWest, which acquired a 30 percent stake in the New Republic in 2006, bought the remaining assets in early 2007 on behalf of its subsidiary, CanWest  Media Inc. (formerly CanWest Media Works International).

Peretz had been a part owner of the magazine for more than three decades.

CanWest Global reported a net loss of $33 million for the fiscal first quarter of 2009, compared to a $41 million net gain during the same period the prior year. Revenue for the period was $886 million, up slightly from $867 million during the first quarter of fiscal 2008.

Operating profits from its publishing division were $73 million for the first quarter, down 28 percent when compared to the same period in fiscal 2008, the company said.