The New Normal: How Industry Magazines Are Navigating the Pandemic
From diving head-first into webinars to making up for suddenly irrelevant editorial calendars, leaders at five magazines tell us how they're making it work. 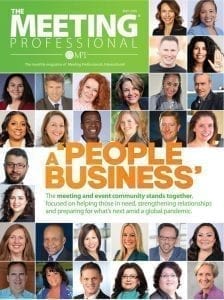 The extent to which the COVID-19 pandemic will impact publishing is still coming into focus, and, as our content director noted last month, will likely take years to fully assess.

Absent the luxury of planning years, months or even weeks into the future, publishers of all sizes have been forced to make important decisions quickly to adapt to the moment and remain valuable to their readers, especially those whose magazines serve professionals in explicitly defined industries, many of which are facing unprecedented disruptions of their own.

“It certainly took a huge toll on our industry and our revenue streams, and we had to really make some decisions,” says Rich Luna, director of publishing at the meetings industry association MPI and editor-in-chief of its flagship publication, The Meeting Professional. “We decided to stop printing the magazine. Whether it’s temporary or not, we don’t know yet, but at least for the near future.”

Although internal surveys suggest most readers prefer the print product, Luna says the shift to digital-only was partially driven by logistics; most members were getting the publication sent to their offices. But with lower production costs, The Meeting Professional was also able to distribute the digital edition not just to MPI members, but to anyone who has signed up for a webinar or an online course or attended an MPI conference in the past, doubling its distribution from 50,000 in print to 100,000 for the digital edition.

“They might not be members, but they certainly are part of our community,” Luna says. “We really felt it was important to get the news out on what’s happening within our industry to as many people as possible.”

For a publication that had, in recent years, been focused on ramping up the amount of original content it published online, the shift to a digital edition was a windfall, Luna says. In the first week after the digital May issue debuted, pageviews, sessions and unique visitors tripled, compared to previous months.

“What we’re hearing from members is that we can’t give them enough information right now, as long as it’s relevant and insightful and well reported,” he adds. “I’m an old newspaper guy. I believe in the value of print. We feel the magazine is a good quality product and a great member benefit, so it was letting a piece of us go in some ways. But what we’ve learned is that engagement is changing in terms of how people consume news and information. We provide it to our readers when they want it and how they want it, and clearly right now the digital platforms are what are getting a lot of attention.” 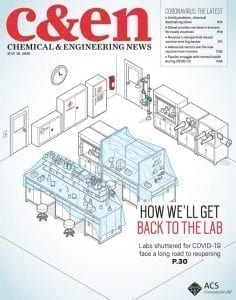 Like The Meeting Professional, Chemical & Engineering News (C&EN), the official publication of the American Chemical Society, has seen a “huge surge” in traffic, says editor-in-chief Bibiana Campos-Seijo, setting records in April and May, with much of that traffic coming from non-ACS members.

Still, the need to make up for a forecasted 10–25% drop in advertising revenue persisted, even within a not-for-profit organization, but any risk of potentially undermining the magazine’s membership-based model by opening up COVID-related content to the public was not much of a consideration.

“It was a pretty easy decision, in my mind,” Campos-Seijo says of the move to place COVID-19 coverage outside the publication’s metered paywall. “In a way, our members are sponsoring this service to the public. I think that’s totally appropriate.”

For one thing, C&EN has added a donation page to its website for the first time, asking readers to support the publication’s non-profit science journalism. Campos-Seijo says C&EN is also capitalizing on traffic from new readers by attempting to funnel them into the publication’s free e-mail newsletters, which she says have gained more than 10,000 new subscribers.

Observing a continued desire from advertisers to see their brands associated online events, C&EN has been producing sponsored webinars, one of which Campos-Seijo says drew over 2,000 viewers, as well as smaller, more interactive “table talks,” aimed at younger audiences and with limited participants, focused on topics like coping with mental health issues, or completing doctoral theses when access to labs or other workspaces is limited.

“It’s something that we can do very easily, because we’re already producing the coverage,” she says. “It’s just a matter of getting one of our journalists to sit down with a couple of sources and select a good topic.”

Like each of the publications we spoke to for this story, Campos-Seijo said the shift to remote work has been relatively smooth, adding that video conferencing has been useful not just for productivity, but for ensuring staffers’ mental wellbeing and maintaining a sense of camaraderie that publishers can’t afford to lose in all of the commotion. In addition to Zoom happy hours, she says, the C&EN team has had a Zoom graduation party, and even three Zoom baby showers. 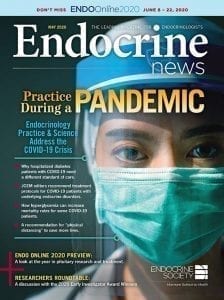 At Endocrine News, the monthly magazine published by the 100-year-old Endocrine Society, the sudden forced cancellation of the annual ENDO 2020 conference in March left a gaping, 16- to 18-page hole in its April issue.

“We have 18,000 members, a mix of physicians and scientists, so we had to find stuff that would appeal to both of those constituencies,” says editor Mark Newman, noting that Endocrine News has just two full-time editors on staff, plus three freelance contributors.

That lean team responded by reaching out to individuals to find out about what they were seeing, and how their jobs and lives had changed during the pandemic, outreach which yielded material for a 4,000-word print feature about how scientists, researchers, lab techs and PhD students are coping and adjusting.

The May issue, in turn, benefited from the introduction of ENDO Online 2020, a two-week online summit slated for mid-June, for which the editorial team was able to put together a conference preview by soliciting comments from speakers and quickly distilling them into a print feature.

“For someone who comes from a newspaper background, it was kind of invigorating,” Newman says. “We want to create content that really serves our membership, and our membership serves the public. So it’s been really gratifying to do this because you really see your work hopefully making a difference.” 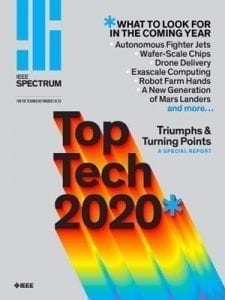 As editors across the industry tear up editorial calendars and postpone major features, others say they’re mostly staying the course, including Susan Hassler, editor-in-chief of IEEE Spectrum, the official magazine of the Institute of Electrical and Electronics Engineers.

“I do think that people need some aspects of normalcy,” Hassler says. “I’m sure that our members are getting COVID coverage from all sorts of places. We’re contributing when we can, but I can’t justify doing stories that don’t really fit with our editorial mission, which is to cover new and emerging technologies.”

To date, none of the cover stories in IEEE Spectrum‘s monthly issues have been explicitly COVID-related, but there’s still no shortage of opportunities to join the conversation when appropriate. Hassler says she’s redeployed some writers and editors onto COVID-19 coverage, but always through the lens of technical advancement.

“We’re covering stories about members who are actively involved in trying to curb the pandemic, and we’re covering technology efforts around the world, as well as how people are coping,” she says.

One thing IEEE Spectrum is monitoring is the ability to continue delivering its monthly print editions without disruption, particularly to its international subscribers.

“What we’ve done is make sure everyone can get access to the digital edition or a PDF version if they don’t like the digital edition, and we’re trying to create awareness for people to understand that they can come and use all these different tools while they wait for their print to come.” 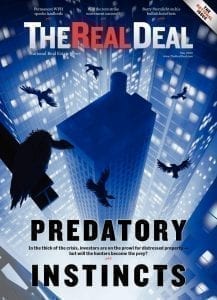 While not a membership-based publication, the 17 year-old real estate news outlet The Real Deal has also been forced to pivot its content strategy to serve the rapidly changing needs of its audience, which marketing director Zohray Brennan says is made up almost entirely of real estate agents, brokers, realtors, developers and professionals in adjacent industries.

“All of our news is about deals and data, so there’s not a lot of consumer-facing appeal,” Brennan says. “It’s almost all B2B.”

The Real Deal dove head-first into webinars, at one point producing one every weekday, but eventually settling into a rhythm of three per week.

“They’re free to everyone, we don’t keep it just to subscribers,” Brennan says. “We feel like it’s informative and really important to the real estate community.”

Traditionally, webinars were not something the publication had done much of in the past, she says, because it was often difficult to get audiences engaged, particularly in real estate. Not so in the time of COVID. With traditional advertising revenues facing the impact of the pandemic, the idea for the first webinar originated in sales, and a team of five staffers put it together in less than three days.

“It was really challenging, but everyone we talked to said they wanted to do this. We promoted it on email and social and it was easy to get people. The first one had almost 5,000 people show up. It was insane.”

Despite the fact that real estate is, generally speaking, an inherently local business, much of the news that matters to The Real Deal‘s readers right now across its various regionally-focused editions is national. So to keep paying subscribers engaged, the outlet put together its first-ever national issue, which shipped to all of its subscribers this week and is also available for free to anyone who signs up for it.

And while offering the webinars and the national issue for free to subscribers and non-subscribers alike, The Real Deal made the conscious decision not to place any of its COVID-19 coverage outside of its metered paywall.

“We realized that was pretty much all of our content, so we couldn’t,” Brennan says. “We did a special stimulus-focused email newsletter that was very popular; there’s a lot of interest in policy at the federal and state level. Instead of putting that content on the site, we just poured it all into the newsletter and it did very well. But on the editorial side, they’ve just been pivoting, and they’ve always been very good at that.”

Speaking of pivoting, one permanent outcome of the pandemic, Brennan says, will be a greater focus on soliciting feedback from readers.

“We’ve been doing more surveys than ever,” she says. “We got 500 responses to one, just for promising a PDF. It was amazing. We’ve fallen in love with the data that we get from these things, so I’m going to continue to do a better job of listening to people and soliciting their feedback.”