Nautilus
A literary science magazine that’s making a lot of noise in year one. 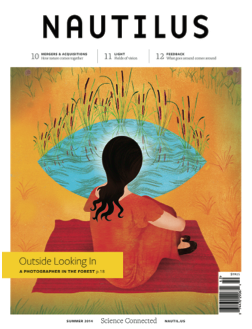 It didn’t take long for John Steele to fill the top of his desk with trophies after Nautilus‘ 2013 spring launch. Still, the publisher and editorial director says as gratifying as those "bucket full of awards are," it’s the brand’s growth and recognition from the science community that validates its existence.