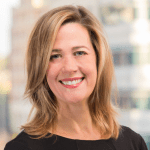 The MPA–The Association of Magazine Media announced that Brigitte Gwyn is its new executive vice president of government affairs, effective Jan. 2, succeeding James Cregan who retired from the position after 20 years at the end of 2018.

Based in the Washington, D.C. office, Gwyn will be tasked with leading government relations for the MPA and its members, while also working to implement efforts that advocate for the magazine media industry in areas of contention on state, local and international levels.

“I am honored to join an industry that is a leading source of news and entertainment for millions of Americans,” said Gwyn in a statement. “I look forward to advocating on behalf of MPA’s members on a range of important public policy issues.” 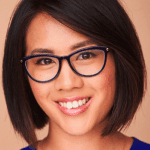 Investor’s Business Daily’s Elaine Low was tapped as the new senior TV writer for Variety this week. At Investor’s Business Daily Low served as a news reporter and producer, covering the retail and media sectors and personal finance for almost five years, and before that, she was a senior associate editor for Hungry Girl. In her new position, Low will be responsible for breaking news coverage for the television industry, and will report directly to executive editor of TV, Daniel Holloway. Based in Los Angeles, she starts her new role on Jan. 7.

Katy Smith was named the new top editor for Columbus CEO, succeeding Dave Ghose who is leaving the magazine for the same role at sister publication, Columbus Monthly. Smith, who most recently spent a year at the Central Ohio Transit Authority as its copywriter and then its creative strategies manager, spent over a 10 years prior to that at Columbus Business First as its print editor. Smith had also been writing Columbus CEO’s Tech Talk column since August of last year. 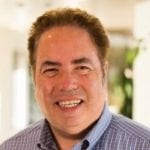 Mark. A Kellner was tapped as the new chief content officer for the American Philatelic Society (APS) where he will be tasked with editing The American Philatelist and the Philatelic Literature Review magazines. Replacing Martin Miller, who took on the chief content officer role in October 2017 and will be changing to a different position within the organization, Kellner recently served as an enterprise reporter for the Salt Lake City-based Deseret News, as well as spent over two decades as a contributor and columnist for The Washington Times.

Additionally, Kellner served as the editor-in-chief of PC Portables Magazine in the late ‘90s, and he is also the author of three books including “God on the Internet.” He begins his new role on Jan. 7 and will be based in Bellefonte, Pennsylvania.

Information Week tapped João-Pierre S. Ruth as its new senior writer. Ruth joins the magazine from Blueshift Research where he was a journalist-researcher and from his role as a freelance writer for New Jersey Business magazine. Prior to this, Ruth worked at tech news site Xconomy where he served as the New York editor. 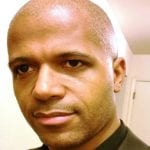 The Washington Examiner made two editorial hires this week. Helen Andrews is the new managing editor and Quin Hillyer joined the commentary desk. Andrews joins the magazine from the Fund for American Studies where she served as the Robert Novak Journalism Fellow. Prior to that, she was a policy analyst at the Center for Independent Studies and before that, was an associate editor at the National Review. Hillyer has also written for several other publications, including for the National Review.

Former assistant opinion editor for The Weekly Standard, Adam Rubenstein was named the new executive editor of Jewish Insider. And David Byler, who served as the chief elections analyst and a staff writer at The Weekly Standard is joining The Washington Post’s Opinions section as a data analyst and political columnist.

Colby Bermel started as Politico Pro’s new energy reporter based in Sacramento, California this week. Bermel comes from S&P Global where he served as a reporter in Charlottesville, Virginia and covered the business and politics of energy in the southeast.