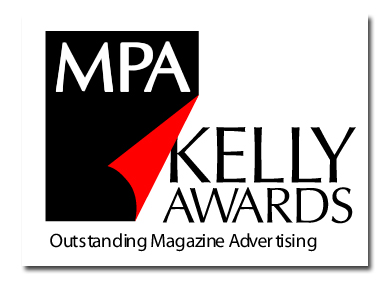 San Francisco-based Goodby, Silverstein & Partners, the advertising agency that nabbed the program’s most nominations, has received the Magazine Publishers of America’s 2010 Grand Kelly Award for best consumer magazine advertising. The agency was honored for its “Häagen-Dazs Five” campaign.

Vitro, which came in second in terms of nominations with three (Goodby, Silverstein & Partners had four), received the Gold Kelly for client Taylor Guitars’ "Always to Our Own Tune" campaign. The Martin Agency received the Silver Kelly for its "We Choose the Moon" campaign for The John F. Kennedy Presidential Library and Museum.

The annual awards were handed out during a ceremony sponsored by printer RR Donnelley Tuesday night in New York City.