Modern Luxury Media Furloughs Staff, Combines Issues
An identical May/June issue will appear in most of its markets as the company temporarily reduces headcount across editorial, marketing and production. 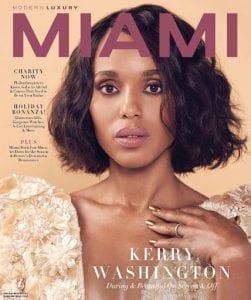 Modern Luxury Media, publisher of more than 40 high-end regional lifestyle magazines, has furloughed a significant number of staffers across the company through at least the end of June as a result of the COVID-19 pandemic.

CEO Michael Dickey—who noted that he and other executives are forgoing their salaries entirely while employees are furloughed—declined to share specific numbers, but said employees impacted include those in editorial, design, production, circulation and finance, as well as the company’s entire marketing department.

Citing an inability to put on events amid widespread shelter-in-place orders, as well as interruptions to its distribution model, which depends heavily on retail outlets, Dickey said the company has been forced to operate with a reduced headcount across all of its titles, with the lone exception being Hamptons magazine, which will move ahead with its Memorial Day issue next month and continue to operate as usual.

In the meantime, the rest of the company’s magazines, from Boston Common to Michigan Avenue to Modern Luxury San Diego, will be producing a singular, special edition May/June “Hope Issue,” which Dickey said will focus on “both local and national heroes who have been selflessly innovative in supporting their neighbors,” adding that it’s the first time in Modern Luxury’s history that identical print issues will appear in all of its markets (apart from Hamptons).

“The horrible thing about it is that we were having our best year within the last five years,” Dickey tells Folio:. “Everything we had worked on for the last two years came together and we were moving beautifully in sync, and then all hell broke loose.”

Dickey positioned the furloughs as a preventative measure to avoid permanently reducing headcount, adding that no one has been laid off, sales teams are still working, and that the intention as of now is to bring all furloughed staffers back starting with each magazine’s July and August issues, with plans to focus on home delivery to subscribers until retail outlets can reopen.

“We plan on bringing everyone back. I don’t think we’ll be able to bring everyone back immediately, as I’m sure it will vary state by state. But this is our best bet to bring everyone back as quickly and safely as possible as soon as business gets back to normal,” he says. “We’re saddened by it and literally heartbroken that this is taking place, and we’re seeing what it’s doing to our fellow publishers. Many of them will not make it; the ones who have temporarily shut down, many of those folks will probably not reopen. We hope they do, but I just don’t think it’s going to happen, and that’s why we’re continuing to publish and push out products as best we can.”