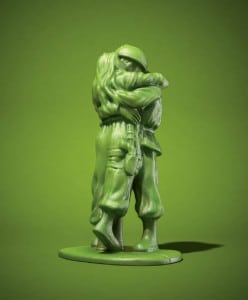 Playboy’s piece, “Zero Dark Dirty” was written to inspire a much-needed conversation about women’s experiences in the military, from gender equality, to sex, to national security. The piece was designed by Creative Director, Chris Deacon, and speaks to a young audience of male and female, new wave feminists interested in delving into a topic not frequently covered. Deacon used a striking visual which successfully caught the reader’s eye, and the piece received very positive feedback from its readership.