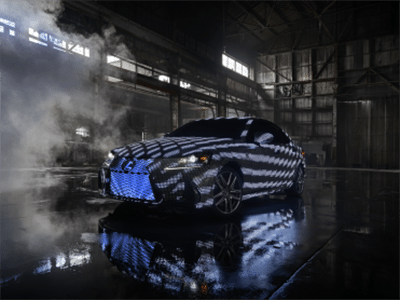 When Lexus redesigned their IS model, they devised an extensive campaign centered around the idea that a car’s design reflects the person driving it. According to Lexus, their IS drivers “aren’t afraid to make bold, visual statements.” To bring that idea to life, Lexus created a one-of-a-kind version of the new IS vehicle, covering it with 41,999 LED lights that enabled the automaker to display various images and patterns, but more impressively, it allowed the car to react directly to motion, sound, and the driver itself.

To tell this innovation story, Lexus turned to the WIRED Brand Lab as an authority on innovation. They developed an interactive long-form feature article to run on WIRED.com. This bespoke, behind the scenes piece featured Lexus’ video, unique photography by visionary photographer Sesse Lind, and written content with WIRED’s own POV on the car. The campaign was a success garnering 10M+ impressions with over 41K+ pages views to the article and 35K+ unique views.