Meredith and David Zinczenko’s Galvanized agency are partnering on the launch of a quarterly magazine built off of the latter’s successful "Eat This, Not That!" healthy-eating franchise.

The first issue will be distributed at 80,000 newsstands starting Dec. 2, though Meredith wouldn’t release the total draw. Galvanized will handle editorial, while Meredith is responsible for printing, distribution, sales and marketing. 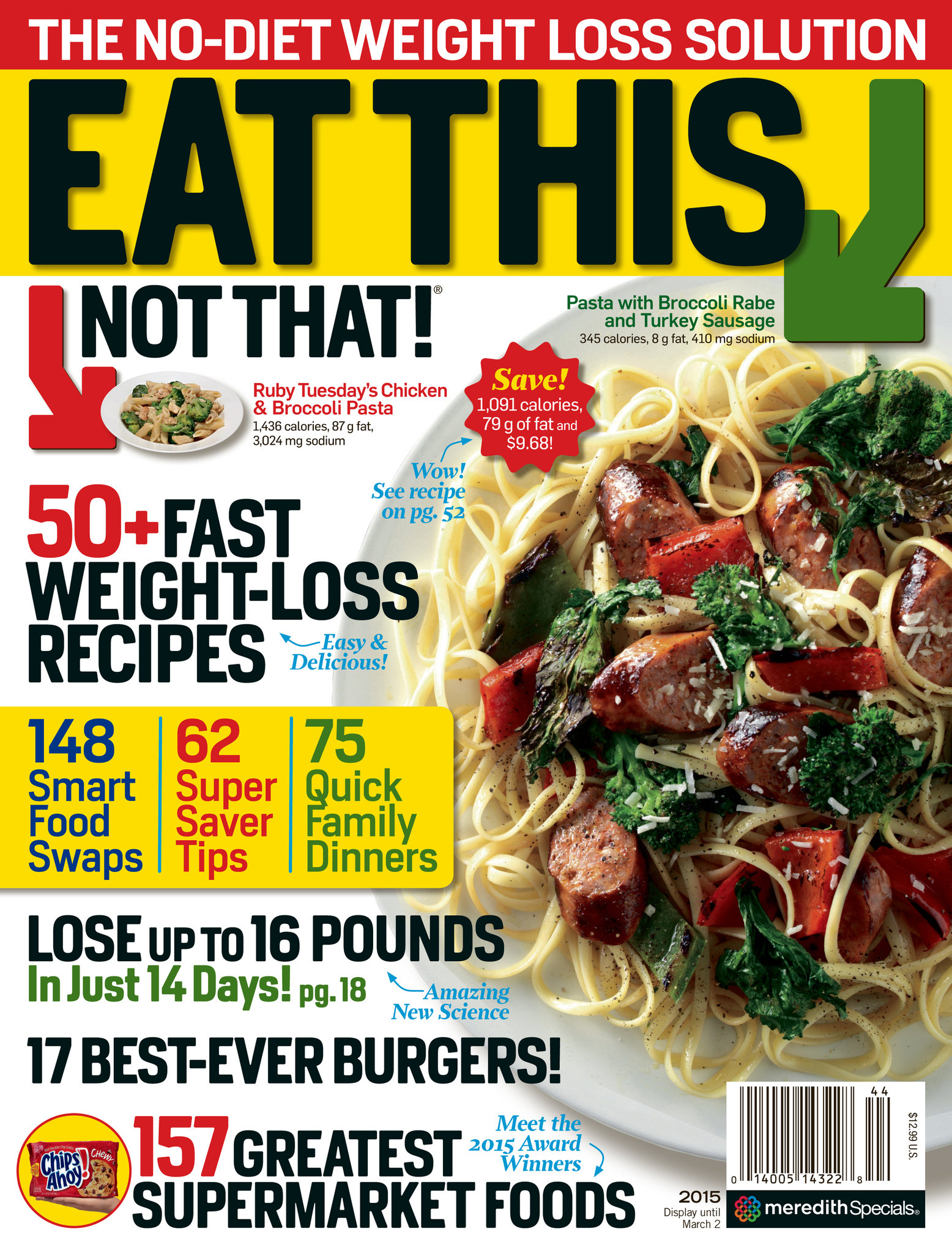 With heavy paper stock, a thick folio and a hefty $13 price tag, the magazine is built on reader revenue, but advertising still plays a small part. Just one of its 120 pages—the back-cover—is an ad, but Meredith says it’s looking to expand on that base in future issues.

It’s a model that the publisher has used in the past, according to Tom Harty, president of Meredith’s national media group.

"We have produced a number of high quality publications through our Special Interest Media Group on topics from food to home décor to kitchen and bath design," he says. "Frequently called ‘bookazines,’ these titles typically sell for a higher price point."

The content also meshes well with Meredith’s portfolio of epicurean and healthy-living brands, including Eating Well, allrecipes and Fitness. Meredith’s deal doesn’t extend to Web content or books, however.

For Zinczenko and Galvanized, the magazine launch is the first piece of a franchise reboot that will include a new website, mobile apps, digital magazine and two new books.

Zinczenko, the former editor-in-chief of Men’s Health and founder of "Eat This, Not That!," bought the brand from Rodale, his former employer, in September for an undisclosed amount. The franchise has produced 16 books and sold more than 7 million copies since its debut in 2007.