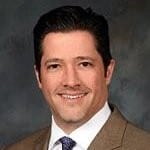 Meredith Corp. announced Thursday that it has hired Jason Frierott as its new VP and CFO, succeeding Joe Ceryanec, who had previously announced plans to retire in early 2020 after 12 years in the role.

Frierott arrives from General Electric, where he spent 21 years, most recently as CFO of GE Transportation, its locomotive and railroad division which was spun off and merged with Wabtec Corp. last year in a deal valued at $11 billion. He begins his new role on March 31.

Also this week, Meredith announced that Mike Fisher is re-joining Entertainment Weekly as VP/publisher. Fisher arrives from Apple, where he spent the past six months as head of publisher partnerships marketing. Prior to that, he spent 11 years in various roles at Condé Nast, including director of sales and marketing for Vanity Fair, executive director of network sales and corporate partnerships, and most recently, VP revenue and chief industry officer, focused on the media and entertainment sector.

Fisher previously worked for Entertainment Weekly, then a part of  Time Inc., a division of Time Warner, as executive director, sales and marketing development, prior to leaving for Condé Nast in 2007. He begins on March 23 and will report to Carey Witmer, executive VP and group publisher of People, Entertainment Weekly and People en Español. 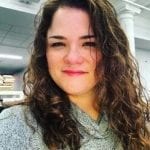 Kira Bindrim is promoted to executive editor, previously serving as managing editor. Her work with Quartz first began in 2016 when she served as editor of the Talent Lab. Prior to that, she was managing editor at Newsweek and homepage editor at Thomson Reuters in New York.

Also promoted to executive editor is Heather Landy, who adds oversight of the Talent Lab to her duties. For the past two years, she has served as editor of Quartz at Work, a vertical offering content on navigating careers and workplace, which she will continue to oversee. Landy joined the company in 2014 after more than five years with The American Banker, where she served as a reporter and eventually editor-in-chief. 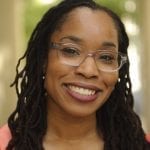 Jahna Berry returns to Mother Jones as chief operating officer. Berry first worked at Mother Jones from 2015 to 2017 as director of news product before spending the past two years at Wired as head of content operations.

Vox Media has hired Margaret Chu as CFO, effective March 2. Joining the company on the heels of its acquisition of New York magazine and its digital verticals, Chu most recently served as EVP, corporate strategy and development at Horizon Media, where she was involved with corporate investments, mergers and acquisitions, as well as new business and partnership launches.

“Her experience as a top-level deal maker, operational leader, and highly analytical thinker will enable us to accelerate our growth and industry leadership,” said Vox Media CEO Jim Bankoff in a statement.

Condé Nast named Cory Sealey director of business development for The Talent Group, which partners celebrities and influencers with editorial and branded content from across Condé’s portfolio. Sealey previously served as head of partnerships with Edelman Public Relations, based in London, where he collaborated with brands such as ASICS, Gap, and Unilever. More recently he worked with Chanel as group director for the in-house marketing team. 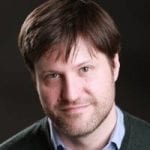 Elsewhere at Condé Nast, Ben French is joining The New Yorker as VP, consumer product, focused on digital growth strategy. French joins from The New York Times, where he spent the past eight years in various product-management and strategy roles, most recently as senior VP of discovery.

Bustle Digital Group chief revenue officer Jason Wagenheim is taking on the additional title of president. In the newly created role, he will continue to oversee revenue teams developing new opportunities and aid leadership in corporate development strategies for acquisitions and team culture. Before joining BDG, Wagenheim was SVP, brand partnerships and head of revenue at Fusion Media Group; and he formerly was publisher/CRO at Condé Nast, responsible for Teen Vogue.

Segarra arrives from Fortune, where she covered the gaming industry, specifically international e-sports, game developers, harassment and exclusion. Other prior editorial experience includes digital reporting roles with Time, Money and The Bergen Record. In the new role, she will contribute to Digital Trends Live, the brand’s daily streaming show.

The Los Angeles Times named Chris Stone as its executive sports editor. Stone spent 28 years with Sports Illustrated, most recently as the title’s editor-in-chief and formerly as managing editor. His departure from the brand came after its acquisition by Authentic Brands Group last year.

Chicago-based freelance writer and editor Ryan Smith joins Chicago Magazine, where he will cover real estate and housing in a weekly newsletter.