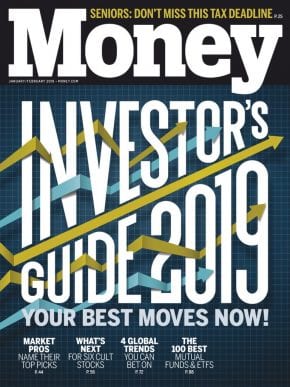 Meredith Corp. has sold the Money magazine brand to Ad Practitioners LLC, a three-year-old Puerto Rico-based media and advertising startup behind the product review site ConsumersAdvocate.org, both parties announced Tuesday morning. Terms of the deal were not disclosed.

One of a handful of former Time Inc. titles deemed “non-core” to Meredith’s portfolio of mostly women’s lifestyle magazines and put up for sale in March 2018 just weeks after the merger of the two publishing giants was finalized, the offloading of Money follows earlier sales of Time, Golf, Fortune and, most recently, Sports Illustrated.

Unable to find an offer that “fairly valued” Money as a print and digital brand, a Meredith spokeswoman tells Folio:, the company had initially taken it off the market back in April, instead opting to shutter its print edition, sell its direct-sold subscriber file to Kiplinger’s Personal Finance and signal that it planned to invest in Money.com as a digital-only brand.

The spokeswoman adds that while Meredith wasn’t actively marketing Money for sale in the six months that followed—”we have been very pleased with the value it was adding to our portfolio”—the company received “several inbound inquiries,” which eventually led to an offer from Ad Practitioners that was “more in line with our own valuation.”

An announcement from Meredith noted that those 14 staffers will stay on as Meredith employees “until January 31, 2020 at the latest,” pursuant to an employee lease agreement between it and Ad Practitioners. Asked whether Meredith anticipates that those employees will be retained by Money‘s new owners after that agreement expires in three months, the spokeswoman deferred to Ad Practitioners.

“We are in the process of meeting with the 14 existing team members today, so it would be premature to comment,” an Ad Practitioners spokesman tells Folio:. “We are incredibly impressed with the team and would love to find a way to work with many or all of them on a long-term basis.”

The spokesman added that the company currently has no plans to revive Money‘s print edition.

“We are incredibly excited to open a new chapter in Money‘s almost 50-year conversation with consumers,” said Ad Practitioners CEO Gregory Powel, a former Google sales executive, in a statement. “As a lifelong reader and fan of Money, I’m committed to investing in this iconic brand and realizing its full potential.”

While touting its research and presenting itself as an unbiased reviewer of a myriad of products and services from dishwashers to life insurance policies, ConsumersAdvocate.org acknowledges that paying advertisers sometimes influence its content, including its Top 10 rankings.

“In my 6+ years at Money, I never saw an example of editorial content being influenced by advertisers,” wrote Kim Clark, who was a writer and editor at Money from 2011 to 2017, on Twitter Tuesday morning. “For Meredith to sell it to an organization (to give them credit, at least admits) that [it] promotes products or services for a price is a betrayal of journalism and the public.”

“We understand that the editors, writers and journalists at Money—both past and present—have earned the trust of millions of consumers over its almost 50-year history,” the spokesman added. “We take this trust in our brand seriously and know we cannot be successful without it.”