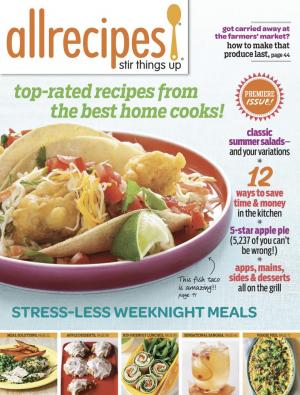 The Meredith Corporation is set to launch a print version of its popular Allrecipies.com brand. The magazine is being rolled out as a bi-monthly publication and is slated to unveil a test run in August and will officially debut in mid-November with its December issue.