The magazine industry loves a niche marketplace, especially when it’s new, and the predominantly English-speaking second-generation Hispanic American is certainly that. 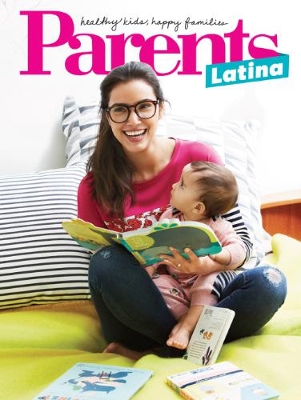 Meredith is wading into the Hispanic millennial market by targeting parents of young children with an iterative launch of its cornerstone Parents brand. A quarterly, Parents Latina is set for a Spring 2015 debut that will have a guaranteed rate base of 700,000, which is a mix of existing subscribers and controlled circulation.

Parents Latina is headed up by Dana Points, content director for the Meredith Parents Network. She will oversee the magazine’s entire editorial operation. Support staff  to help produce the title will be pulled from the existing pool of workers at the Meredith Hispanic Media Group.

While a pilot issue was not launched, the company did test the market with research and focus groups. Research revealed that nine out of 10 second-generation Hispanic moms asked found the magazine’s concept appealing and reflective of their cultural values and heritage, according to Points.

The company, across print and digital, currently serves six million Hispanic women. In conjunction with Meredith Hispanic Media and its 100-million-name database that includes roughly 60% of all millennial women nationwide, this new title is also a lucrative opportunity for advertisers hoping to reach this target demographic.

“With the launch of Parents Latina, we are putting a new stake in the marketplace,” says Meredith National Media Group President Tom Harty in the announcement.

Parents Latina may target the second-generation new parent sector, but the magazine-for-Latinas market isn’t quite as desolate. Hearst waded in with Cosmopolitan for Latinas in 2012 and Woman’s Day for Latinas last year.

“Parents Latina is the perfect complement to Meredith’s growing portfolio of brands serving U.S. Hispanic women,” notes Enedina Vega-Amaez, vice president and publisher of Meredith Hispanic Media, in a statement. “We are growing our bilingual digital presence, as well.”

While a digital companion channel is under review, there are no immediate launch plans. Vega-Amez will supervise the business side of the title alongside Meredith Parents Network president Carey Witmer.