Meredith Hires Lauren Purcell as EIC of Everyday with Rachael Ray
Joins the magazine from Condé Nast's Self. 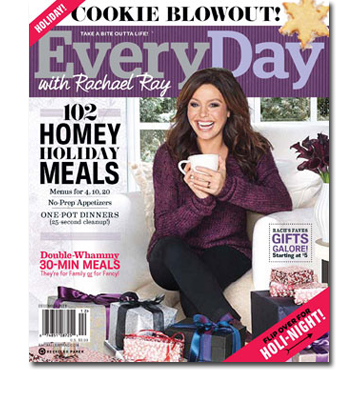 Meredith Corp. has found its editor-in-chief for Everyday with Rachael Ray. Lauren Purcell, who was most recently executive editor at Condé Nast’s Self, will start January 9.

Purcell will be in charge of editorial content for the 10x magazine and website and will report to Linda Fears, who is editorial director of Meredith Food Content and editor-in-chief of Family Circle.

Meredith bought Everyday as part of an effort to ramp up its food category. The company launched Recipe.com and bought the Eating Well Media Group in June.

The first issue of Everyday published under Meredith will be the February issue, hitting newsstands at the end of January.