Meet Our Magazine of the Year Finalists
For the first time in Eddie & Ozzie history, one magazine will be recognized for having produced the best editorial content and design this year. 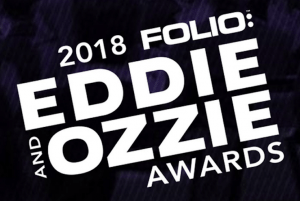 For the first time in the over 20-year history of Folio:’s Eddie & Ozzie Awards Gala—a cornerstone awards program that honors excellence in magazine editorial and design across all sectors of the industry—one print or digital magazine will walk away with the honor of being named Magazine of the Year for its best-in-class editorial content and design.

We felt it was important to bestow an award that not only recognized a single title for its outstanding work, but also serves as a role model for other magazines that strive to keep pushing themselves to be the best.

The five finalists up for the honor this year are AFAR, Better Homes & Gardens, D Magazine, ESPN The Magazine and Inside Salk, all of whom represent various sectors within the magazine media industry, from consumer titles to association publications.

Here’s what you need to know about our finalists: 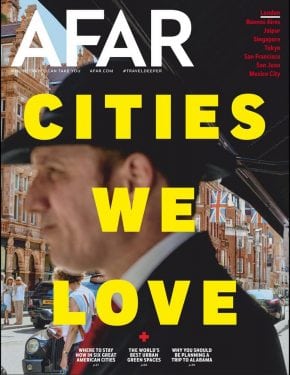 An experiential travel publication whose mission is to inspire and enable those to travel the world and seek connections with new people, cultures and perspectives, AFAR has stepped outside of the traditional format of travel magazines and incorporates stunning design and unique and intricate storytelling to deliver a product to its readers that provides entertainment and new ideas, while delivering the unexpected.

AFAR’s eye catching covers feature vibrant photography and clearly defines the stories within the magazine, while not overwhelming the reader with text. The layout design within the pages elevate the writers’ words without distracting from the reporting, and helps the readers to further experience the locations and trips being discussed.

AFAR has nine total nominations at the Eddie & Ozzie Awards, including Magazine of the Year. 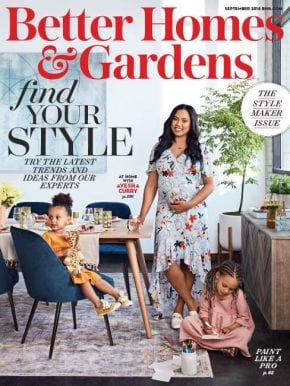 For the better part of a century, Better Homes & Gardens has delivered original insights and stunning coverage of gardening and home design to its 7.6 million subscribers, but over the past year, the magazine’s design team has produced modern and clean layouts that deliver the content in a new way to readers, and the editorial team has provided practical and unique tips for modern homeowners.

The 25-person staff diligently creates 12 issues a year, all carrying along the general content template, while creating spreads that are color-coordinated and match a similar theme throughout the book.

Better Homes & Gardens has five total nominations at the Eddie & Ozzie Awards, including Magazine of the Year. 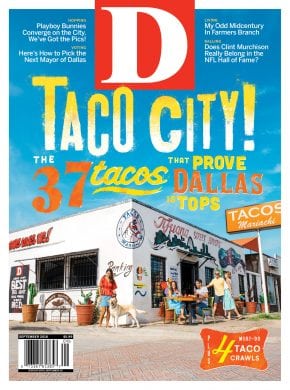 The mission of the Dallas, Tex.-based regional publication is to make its home city even better, and D Magazine definitely delivers on this promise by featuring every aspect of its community within its pages.

From ranking the best steakhouses in the area, to covering city politics, to reporting on unsolved true crime cases, the writers at D are skilled at getting the full story on the page and keeping readers enthralled all the way through. Each issue offers a full-scale look into the monthly goings-on in Dallas with a quality-made book that has both content-supporting visuals and aesthetically-pleasing layouts.

D Magazine has 10 total nominations at the Eddie & Ozzie Awards, including Magazine of the Year. 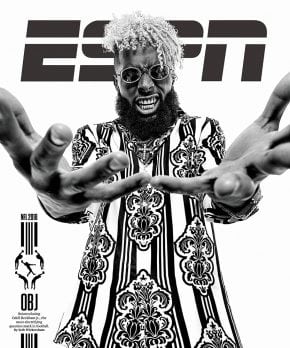 Though it’s known as a sports publication, ESPN The Magazine has consistently pushed itself beyond that space to cover stories and controversies that transcend the sports industry and relate to a much broader audience.

Its designs are consistent in their style, while surprising on every page, and the graphic covers transparently reveal the theme of each issue, from the “State of the Black Athlete” issue, which was unabashedly unafraid to introduce a politically-charged controversy to its audience, to the detailed and narrative profiles of female olympians in “Gold Rush.” The features within the pages of ESPN are diligently written and edited, and are for any audience, regardless of team-loyalties or an interest in sports at all.

ESPN The Magazine has six total nominations at the Eddie & Ozzie Awards, including Magazine of the Year. 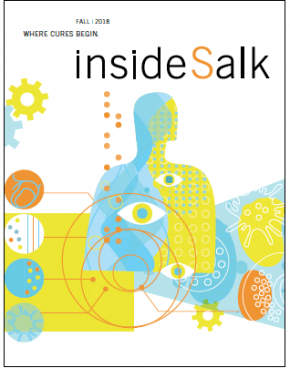 The unique thing about an association publication like Inside Salk is that because it’s supported by The Salk Institute, great care can be taken into choosing experiential details, like paper weight and type, and eliminating outside advertisements, leaving the focus to be on only the content. As a thrice-yearly publication, the magazine uses its pages to highlight the recent research of the institute’s faculty, and delivers it in a way that is readable and easily digestible for those who aren’t familiar with the topic. Since the institution focus on finding cures for a variety of ailments and diseases, Inside Salk’s content often reflects these breakthroughs and discoveries, which is presented clearly and vividly for readers.

Inside Salk has 15 total nominations at the Eddie & Ozzie Awards, including Magazine of the Year.

Join us on October 9, 2018 in New York City for our annual Awards Gala to celebrate the best of the best in content creation and design! And be sure to check out the rest of The Folio: Show this October 9-10, co-located at the at the Hilton Midtown.