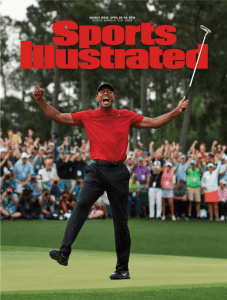 One day after a statement claiming to represent over 90% of Sports Illustrated‘s remaining editorial staff accused the brand’s new operator, TheMaven, of gutting the newsroom and putting “SI‘s reputation and long-term health at risk,” Maven founder and CEO James Heckman defended what he called “difficult, and sometimes traumatic changes, which we deemed necessary to transition SI’s business back to a trusted and growing heritage brand.”

Maven says SI.com drew 29 million unique visitors in December, up from 27 million in December 2018, though it conceded that 5.6 million of those visitors came in through its new “team network,” hubs grouped around specific college and pro teams whose content is produced by independent contractors compensated, in part, based on how much traffic they generate.

“Overnight, Sports Illustrated’s digital offering was revived,” added Ryan Hunt, who was promoted to co-editor-in-chief alongside Steve Cannella following Chris Stone’s departure after the Maven acquisition. “Our user growth, content offering and diversity of experiences across web, mobile and video will help change the landscape for sports fans.”

The staffers who survived a round of mass-layoffs in October appear to see things differently, according to an open letter attributed to “more than 90 percent” of SI‘s remaining print, digital and video staff, announcing their intent to unionize with the News Guild of New York. (SI‘s print employees have been organized with the News Guild since 1954, but Maven says it has eliminated the “print-news” department in favor of a unified, cross-platform operation. Neither Maven nor Authentic Brands Group, which owns SI and licenses it to Maven, responded to requests for comment on the union push.)

“Maven’s directive to launch a network of team reporters on SI’s platforms without sufficient vetting or editorial oversight has already resulted in errors that severely undermine our credibility,” read the statement from the editorial staff, issued Monday.

In November, a writer for Maven’s Cincinnati Bengals network was terminated after a local news report revealed he was actually a 17-year-old high school student in New York. In December, a report originating from Maven’s team network and prominently featured on SI.com was disputed by SI senior writer Pat Forde, leading to a retraction and an apology from the Maven contributor who wrote it. And just last week, a writer for Maven’s UNC network resigned after sexually harassing a female reporter on Instagram.

A December “TrojanMaven” article was retracted after being disputed by an SI staffer.

None of these incidents, nor the concerns raised by SI‘s full-time staffers, seem to have weakened Heckman’s commitment to the strategy.

“We will continue to be true to our business model and are extremely proud to be operating a profitable and growing business in times like these, with best in class content and technology as its backbone,” he said Tuesday.