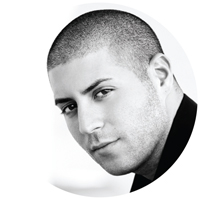 At age 30, Marc Lotenberg, CEO of 944 Media, has assembled a fast-growing media conglomerate he likes to say is the “largest regional lifestyle media group in the country based on circulation and frequency.” According to the Audit Bureau of Circulations, the company circulates 240,000 magazines across 944’s seven markets monthly. In March, 944 acquired the assets of monthly culture and style title Six Degrees, pushing the company’s total monthly circulation to 330,000—or about four million copies per year.

“We are one of the few publications that actually prints what we communicate to our partners and advertisers, and our distribution strategy is unmatched,” Lotenberg says. “We’re a young team, so we also focus on digital and mobile.”

Lotenberg launched 944 Media in Phoenix in fall 2001, financing the project by “maxing out” eight credit cards. The first issue of 944 hit newsstands in January 2002. About a year and a half later, Lotenberg expanded the brand to San Diego. 944 later launched a Las Vegas edition, with the help of $250,000 from a pair of investors.

“Our investors told us if we could make it work, they’d open up their checkbook for further expansion,” says Lotenberg. “After we launched a San Francisco edition last June, they increased credit facilities to $10 million.”

944 also publishes editions in Los Angeles, Miami and Orange County, California. Last year, Lotenberg expanded further by launching an in-house events and marketing agency and Ink Grenade, a custom publishing and design firm. His online platform, 944.com, is expanding, too. “The site gets approximately 2.5 million page views and 3.5 million impressions each month, with an e-mail database of about 200,000,” he says.