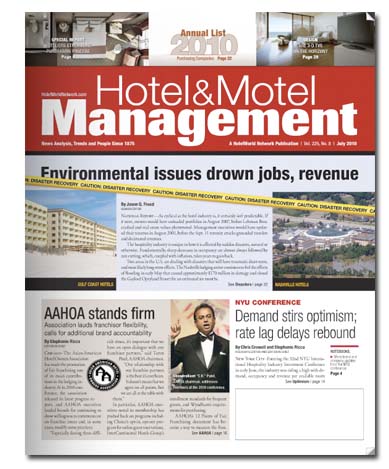 “We see this as a true merger of the Travel and Hotel Groups,” Terrero tells FOLIO:. “There is a tremendous amount of knowledge about the Hotel side of the industry with this new leadership, which we’re excited to put into effect.”

As a result of the changes, Hotel & Motel Management’s previous editorial director and publisher positions were eliminated “due to redundancy.” One Cleveland-based reporter position also was eliminated with plans to eventually hire a new reporter in New York City.

Paul Heney, the title’s former editorial director, couldn’t be reached for comment but said over Twitter: “I’ve entered the realm of the jobless. If I have any disappointment, it’s for the way fellow co-workers were let go. Time 4 summer vacation.”