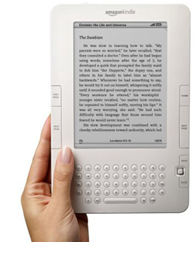 “Clearly, users of the current generation of e-readers are highly educated, upscale and Internet savvy,” Anne Marie Kelly, SVP, marketing & strategic planning, MRI, said in a statement. “With Sony preparing to ship its Reader Daily Edition and Barnes & Noble [recently launching] its Nook product, it will be interesting to see how quickly e-books catch on in greater numbers with the more mainstream population.”

Conde Nast, which publishes titles mostly aimed at the affluent, recently announced its own initiative to build a magazine application (in a partnership with Adobe) that will enable the company to deploy its magazines on a number of digital devices, including e-readers. The first product will be a prototype of Wired, which will launch in spring 2010. Other titles will follow later in the year.