To Grow Revenue and Engage New Readers, Magazines Think of the Children
Why The Week and Garden & Gun see a future for print with digital natives. 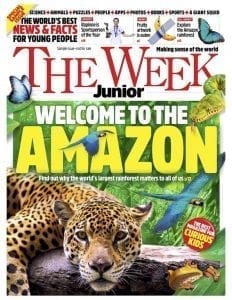 Kid-focused brand extensions are no new phenomenon in magazine publishing. Sports Illustrated Kids, Time for Kids and perhaps the longest-running of all, National Geographic Kids, have each endured for decades and remain among the most widely circulated titles geared toward young readers.

But as an ever-increasing number of parents express concern about the amount of time their children are spending in front of screens—as well as the content they’re exposed to—a new crop of magazine publishers are sensing an opportunity to build their brands and engage the next generation of readers, as well as their parents, with print media.

In January, London-based Dennis Publishing, which brought its UK newsweekly The Week across the Atlantic with a U.S. edition in 2001, announced that it’s following suit with an American version of The Week Jr., its kids-focused offshoot which launched in the UK in 2015 to “stunning success,” the company says.

For Dennis, the launch represents another subscription line for The Week, whose primary source of revenue is its readers. But aimed at children aged 8 to 14, it’s also a means of familiarizing a new generation of readers with the brand at a point in their lives when the amount of time they spend reading for fun typically begins to decline, says CEO Kerin O’Connor.

“The Week Junior helps to stop that process from taking place, so [age] 8 feels like the natural onset,” O’Connor tells Folio:. “When they get to 14, they’re likely to be getting into teenage stuff, their reading diet becomes more mixed, and they may even begin to think about reading The Week‘s ‘senior version.’”

Even with the benefit of the pre-existing UK edition, the U.S. version was “heavily researched,” O’Connor says, a process that involved visiting the homes of families from a variety of backgrounds and surveying thousands of American parents to determine how much they’d be willing to pay for a weekly subscription.

“One thing that we realized very quickly about children is that they spend their entire lives being told what to think and what to do,” he says. “The big breakthrough with The Week Junior was to try and be about discovery, to be about exploration, to be by their side. That’s really the ethos of the magazine, to help them navigate around the world, but to be at their side as opposed to a kind of top-down relationship.”

Prior to the first issue’s arrival on March 20, a sample edition produced by editor-in-chief Andrea Barbalich—who was hired to lead the The Week Junior U.S. in October—features a lot of the content you might expect to see in a children’s magazine (animal facts, puzzle pages, sports headlines), but it also tackles more serious issues, like the Russian Olympic doping scandal and Holocaust Remembrance Day.

“Children this age know what’s going on in the world. They are exposed to the news, they have phones and they’re hearing things. We want to help them understand what’s going on,” says Barbalich, a former editor at Prevention, Reader’s Digest and Child magazines, among others. “We don’t talk down to children and we don’t give them too much to handle, but we also respect their intelligence.” 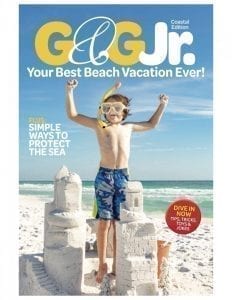 A little less than 750 miles south of Dennis Publishing’s U.S. headquarters, in Charleston, S.C., Garden & Gun, the bimonthly magazine devoted to the American South, was approached by the tourist development office for Destin-Fort Walton Beach, Fla. with an RFP that essentially called for “a million-dollar idea,” says G&G VP and publisher Christian Bryant.

The result was a 48-page special-interest publication, branded G&G Jr., with a cover promising to deliver kids “your best beach vacation ever!”

“We thought this was just a natural thing for G&G to do,” Bryant tells Folio:. “We’re stewards of the land, we love the outdoors, and we really try to speak to a generational audience. We also have about 30 G&G kids among our editors and staff here.”

Polybagged with the magazine’s February/March issue but also available online for $6.99, G&G Jr. is “a pure editorial product,” Bryant says, with spreads, games and puzzles related to beaches not just on the Florida Panhandle but ranging from Georgia to Texas, with ad pages for Destin-Fort Walton Beach limited only to the inside and back covers.

“Garden & Gun’s editorial approach reflects a level of authenticity and is ultimately about storytelling,” Adams continues. “While the entire magazine is not solely dedicated to our destination, overall it expresses a sense of adventure infused with education, and that is exactly what we offer our visitors.”

The print product not only serves as an attractive medium in which to present Destin-Fort Walton’s creative, Adams says, but the ads themselves benefit from the content, allowing readers to discover the adventures they dream of taking, then be presented with a destination that can cater to those aspirations only a few pages later.

“We know kids’ attention is tugged at in as many ways or more than adults, so we set out, above all, to make this issue fun. We didn’t want kids to put it down in favor of a device or the TV,” adds G&G senior VP and editor-in-chief, David DiBenedetto. “That meant creating engaging content that was sharp and snappy, using photos that drew them in, and always appealing to their adventurous and curious sides while not speaking down to them.”

Unlike The Week, Bryant says Garden & Gun had little experience producing something geared specifically towards children, but that early returns suggest there could be an opportunity for more. The magazine has received interest from sponsors interested in a food magazine for kids, or an edition focused on the outdoors, he says, and while nothing has been solidified as of yet, ultimately the goal will be to produce more SIPs for kids in the future.

“I think picking up books and magazines is something that we should be continuing to encourage kids to do,” he adds. “The digital age is here and it’s not going backwards, but hopefully products like this will inspire kids and families to get out and do things.” 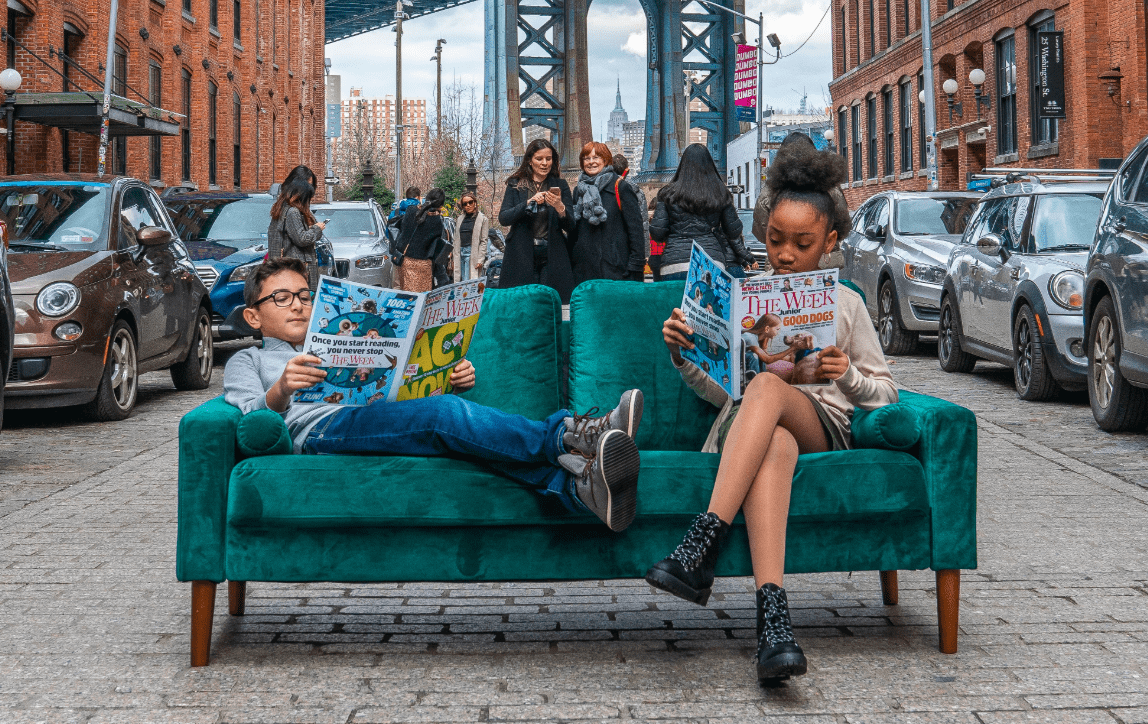 And while G&G is giving its junior edition the wide push to all of its nearly 400,000 print subscribers, The Week says it’s relying on more of a word-of-mouth approach, hoping parents will love the product and recommend it to their friends, with some social media promotion and digital marketing mixed in.

“People understood the concept very quickly. A lot of what we’re hearing that there was a need for this magazine, without parents really realizing that they had the need,” says Barbalich. “People are subscribing without ever seeing the magazine, and we really respect that invitation into their children’s lives.”

At $37.49 for 25 issues, six-month subscriptions to The Week Junior are only slightly cheaper, on a per-issue basis, than subscriptions to the adult edition—a clearly reader-driven model that O’Connor refers to as “UK-style pricing,” noting that the price point has not appeared to deter many potential subscribers since sales began in January.

Better yet—it’s an opportunity to fuel the brand’s long-term sustainability. A recurring, weekly print product is more likely to become a household name, O’Connor says, and it provides a clear connection point back to the parent brand.

“It’s a joy to see a magazine work like this in 2020,” he adds. “We see opportunity in the marketplace, and we have confidence that the editorial product will deliver. We’re going to have a couple hundred-thousand readers who are growing up believing that you should read something that has ‘The Week’ on the cover if you want to know about the news.”