This Just In: Magazines Are Not TV Networks
It's time for the industry to get real about OTT strategy. 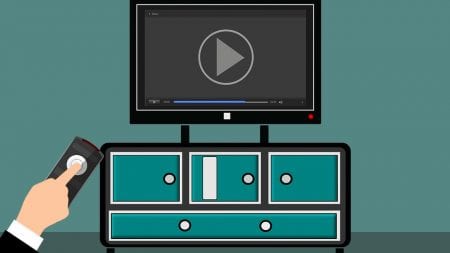 Recalling my 25 years covering the magazine industry’s tortured migration to digital, TV envy first became evident in the early 2000s. Whatever online scale many print brands achieved in their early efforts were quickly overshadowed by the sheer on-air promotional heft of cable brands like CNN, ESPN and MTV. As RealPlayer and, eventually, YouTube offered media a common technology, TV brands could put their well-polished leftovers online, while magazine “shows” still looked like editor-hosted hostage videos hidden behind a tab at the bottom of the nav bar.

Once comfortable in their well-padded, thick-walled category of media spend, magazines now face the most brutal of digital realities: the platform silos have been dismantled. Magazines have found themselves in direct competition for ad dollars with every other media, many of which enjoy superior reach, a daily cadence and, in the case of TV, reusable and excess video assets that mapped perfectly with our broadband future.

The sad history from which this original sin of TV envy devolved is pretty familiar. Many in the industry rightly liken it to Charlie Brown’s ever-hopeful but futile attempts at kicking Lucy’s football. At first, the print brands launched their own short-form programming on-site, which no one clicked. And so they turned to social distribution: Facebook, YouTube, Instagram, Snapchat and countless video aggregators who themselves fantasized about being a “new TV.” But they were also smart enough to know a sucker when they saw one.

The oligopoly dangled development funds in front of branded media, creating hours of magazine media few people saw, even fewer ad dollars funded and no one will mistake for a lasting “franchise.” As Charlie Brown would say, “Arghhh!…Rats!!!”

Lucy is lining up the ball once more. If you want a glimpse at the magazine/TV efforts that have accumulated over the years, check out the free, ad-supported OTT app Xumo. It contains a deep list of familiar brands that includes Bloomberg, Time, Wired, Golf Digest, Field & Stream, Cycle World, Cooking Light, Saveur, Architectural Digest, Southern Living, Popular Science and Vogue (to name more than a few).

Each have their own “channel” within the platform, and they are all nicely arranged by franchise shows. The interface is decent and lets you browse and watch simultaneously. But it’s like an attic full of outdated magazines and TV shows recorded on VHS tapes. It just doesn’t work. I’m a huge fan of OTT programming, but this experience requires too much lean-forward engagement.

Xumo’s gallery of ephemeral content is emblematic of the larger issue: “TV everywhere” is a glorious mess. There is a tsunami of content—old and new—parsed into so many niches, across so many aggregators, that launching your Roku or Apple TV turns your TV into YouTube…which is a very bad thing.

Predictive algorithms have yet to solve for this cluttered mess. Browsing app icons and thumbnails is no way to watch TV. Your TV is the opposite of your phone and they shouldn’t share an interface. The best that can be said about streaming interfaces is that mobile virtual network operators (MVNO) like Xfinity, Dish and Fios have made the traditional TV interface so lagging, cluttered and self-promotional that many OTT experiences feel clean and snappy by comparison.

Because I have hated the MVNOs, I have suffered in recent years (are you listening Comcast, Dish and Fios?) and have been scouting cord-cutting alternatives. Some glimpses of hope have emerged.

Apple TV is onto something. While it’s often overlooked, the new Apple TV app tracks and knits together your subscriptions so that next episodes and related content from my HBO, BritBox, Amazon Prime, DIY and other frequently-used apps are properly queued at launch. It’s rudimentary personalized aggregation, but this is the path aggregators need to take—unify the mess, minimize the clicks and take cues from recent behaviors.

Pluto TV is among the only aggregators that come close to getting this right. Like Netflix’s first days of streaming, Pluto is a patchwork of mostly C-grade producers (Dog TV or the “Unsolved Mysteries” channels), but there are familiar media brands like Bloomberg, Cheddar and PeopleTV, too. It lets you browse within a massive grid while a sizable video box plays the channel and pops quickly into anything you click. Still, the lean-in TV browsing that OTT offers requires an even more advanced interface than this. For example, detailed show info, pop-up previews, on-demand options need to be at your fingertips.

Magazines also need to wake up and get out of their own damn channels. I’m sorry, but no one is going to tune into 90% of these brands. Magazines need to stop loving their own print legacy and build brands in new ways.

Newsy is one of the best examples I’ve seen in which a nascent video-only brand weaves its way into the OTT experience. In addition to its own channel, it also shows up in the ad pods with informative interstitial items that show rather than sell what they do. It has been remarkably effective in building an OTT presence out of virtually nowhere.

It’s undeniable that the future of television is streaming. But that future has yet to fully take form. We don’t know what cross-screen behaviors we will craft for ourselves, just as we don’t know how much we want to lean in or lean back. History suggests that more-is-not-more when it comes to media—new and old—and people tend to burrow into a few orderly grooves of content consumption.

Netflix has (finally) discovered that its users really don’t want to spend half an evening browsing too many options before choosing (or settling on) one. Magazines need to be thinking less about their own channels and more about partnerships with the channels that are getting traction and are mastering the rhythms of viewing and browsing behaviors.

Rather than trying to crack the code of every new video distribution platform, the solution for magazines may not be through traditional models. For decades, I have watched magazine brands chase their TV envy with futility, and there is almost always some emerging platform ready to exploit it. The industry needs to be smarter than Charlie Brown this time. Rather than racing to kick the same old ball, try switching sports.