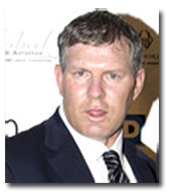 Managing one’s finances can be tough as nails in this crazy economy.

In his petition, Dykstra claimed $50,000 in assets and between $10 million and $50 million in liabilities.

Some of Dykstra’s financial woes stem from the failed launch of the Player’s Club, a monthly magazine for professional athletes he published as part of a partnership with Doubledown Media—a publisher of magazines aimed at the Wall Street elite—which went out of business earlier this year. Before the title launched, Dykstra sued Doubledown claiming breach of contract. Doubledown filed a counterclaim alleging Dykstra owed the publisher more than a half million dollars.

Creel Printing also was listed as a creditor in Dykstra’s bankruptcy filing.

On top of his magazine-related troubles, foreclosure papers were issued in March on Dykstra’s $18.5 million mansion and his private jet was reportedly impounded after he failed to pay thousands of dollars in renovations.

I only hope Dykstra isn’t forced to auction off his 1986 World Series ring with the Mets.

UDATE: Dykstra told CNBC Thursday that despite the Chapter 11 filing, he’s getting ready to relaunch the Player’s Club. Dykstra also said the filing is about “reorganization, not bankruptcy. I’m not bankrupt.”