Magazine Media: Be Thankful Apple Only Wants Half of Your Lunch Money
Resistance is not futile for publishers that don't partner with Apple; but it probably doesn't matter anyway. 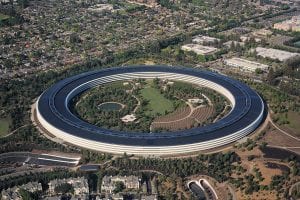 I don’t usually put myself in the middle of Silicon Valley conversations. There are already plenty of qualified men and women talking and writing about the highs and lows of the tech industry. Not to mention, I have more than enough to talk about when it comes to the current state of publishing, so I prefer to stay in my lane. Still, it’s foolish to think that what happens in the tech world isn’t impacting our own.

I am sick to death, however, of talking about Facebook’s on-again, off-again relationship with this industry.  It does matter and those conversations aren’t soon to end. But there’s a much bigger player in the Valley that I’d like to talk about right now—Apple.

As many of us read in The Wall Street Journal, it sounds like the world’s largest company is putting the squeeze on publishers with its refreshed Apple News subscription service that it’s poised to introduce at the end of March. I don’t know or have access to sources that tipped off the WSJ, which is reporting that Apple is seeking roughly 50 percent of the take on all subscription revenue, but I definitely trust that it’s true. Apple is a publicly held corporation and has all the leverage here, so why would it choose benevolence over profitability?

If you recall, Apple bought “The Netflix of Magazines,” Texture—formerly NextIssue—last year. Following the acquisition, there were a lot of questions and theories about what Apple wanted with Texture, and what it would actually do with it. Still, most agreed it wouldn’t be keeping it around with that branding, or as a standalone product. Naturally, an integration strategy was in the works. Exactly what that looks like is still speculative, but the curtain will soon be pulled back.

But back to the money thing. Apple asking publishers for a share of that size seems like an old-school mob shakedown disguised as a partnership. But like I said, Apple has all the leverage. It has the tech and the user base, plus that cool branding that makes it iconic. So of course it will try to strong-arm any entity that can’t stand toe-to-toe with it (Apple’s market cap is about 20x the size of the entire magazine industry’s annual revenue).

However, I learned from a reliable source that this sort of revenue share is not uncommon, or really out of line. There’s a high cost to hosting the content and marketing it. And at the end of the day, everybody has to get paid. Still, the problem with an initial offer of a 50:50 split forecasts an unsatisfying outcome for publishers, and on paper it sounds awful. Maybe publishers can negotiate that down to 30 percent (unlikely). But here’s the bottom line: It doesn’t matter to Apple who’s in or who’s out. It will be just fine. The same may not be true for publishers. So they are going to have to take their medicine and swallow that bitter pill.

To be fair, this particular news really only affects about 200 or so magazines in the U.S. We’re talking the top newsstand and million-plus circ titles. Sure this may trickle down to smaller niche titles, but it’s unlikely. This is going to sting the big guys the most.

So I guess the bigger philosophical question is: Do they care?

Meredith is obviously invested in its magazine brands, but it’s not beholden to them alone, given its diverse portfolio. It can likely afford to lose a little revenue to Apple News and chalk it up to being a branding strategy. Best case scenario, maybe they convert a few new loyalists who engage in more than just the content consumed on Apple News.

I don’t think it’s fair for me to say Hearst doesn’t care about its magazine brands as much as Meredith, but like Meredith it has a diverse portfolio of assets. However unlike Meredith, it also has a lot of newspapers around the country that have been scaling back their operations. So although they have been nimble have been investing aggressively in digital media, they can’t be too excited about Apple’s offer.

So that leaves Condé Nast, when talking about the “Big 3.” This is where I see significant problems. Condé is going all-in on its subscription model this year, and will be putting its premium content behind paywalls. Such an ambitious strategy could be impacted by a player like Apple distributing content in an all-you-can-eat or à la carte package.

If I were the folks at Condé negotiating with Apple, I would be digging my heels in deep. Otherwise its paywall plan might be doomed before it even gets off the ground.

Of course, these three companies only make up about a quarter of the top 200 newsstand titles, so for companies like AMI, Bauer, Bonnier and others, they too will have to seriously weigh the pros and cons of “partnering” with Apple. Obviously the current alleged revenue sharing model is a major con, but there are pros. A notable one, of course, is aligning yourself with one of the most powerful corporations in the world, one that has the ability to distribute your content to every corner of the planet.

So with all this ranting, what am I trying to get at? Well, for starters a 50 percent revenue share is outrageous. But taking a smaller, albeit gouging hit may be worth it for some of the larger publishers with diverse revenue strategies. But the bigger issue I see here is reverting back to the conversation I said I was sick of having: platform providers have too much power.

The players along the distribution chain have always been important in publishing and have had a certain amount of leverage, but weren’t necessarily in control. I don’t know if that’s true anymore. Content continues to become more and more of a commodity, and consumers have grown accustomed to cheap or free options. Not only because of the basic nature of the internet, but also because of subscription products that companies like Apple, Netflix, Amazon, Hulu, Spotify and the rest have launched. Consumers expect to have access to more content than they can ever consume for a flat rate. Throw in the social media platforms, and things get even messier for media companies that are losing (or have lost) control of the distribution chain while the value of their currency—which is content—is dwindling.

Compounding all of this, of course, are fewer and fewer ad dollars rolling in. Coming into this year, paid content was thought by many to be a beacon of hope for publishers to find a bit of white space and increase margins. Yet, here we are staring up at a bunch of Goliaths, each with their own agenda and each hungry for content.

So what happens next? More uncertainty, that’s what. But hey, aren’t you used to that by now?