Magazine publishers have launched more titles than they shuttered in the first nine months of 2013, debuting 138 titles and closing only 45 according to MediaFinder.com, an online database that tracks U.S. and Canadian periodicals. 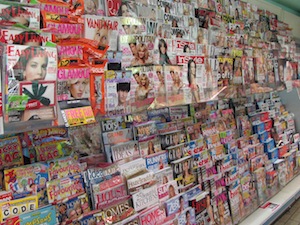 In the b-to-b magazine sector, 17 titles debuted and 11 shuttered in 2013 as compared to 25 launches and 12 closures over the same period a year ago.

Now-folded magazines include AM News and Game Developer, while PC World made the shift to online-only by dropping its print edition in 2013.

Looking ahead, luxury titles seem to be making a comeback with the launch of Haute Time, Domino, Waldorf Astoria Magazine and Conrad Magazine, among others.