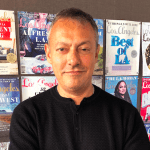 Roshan is bringing extensive executive editorial experience to this role, most recently having served as the chief content officer of FourTwoNine Media. Prior to this, Roshan was the editor-in-chief and CEO of the editorial and creative consultancy Awesome Projects, in addition to having founded several magazines and websites including the iPad magazine Punch!, TheFix.com and Radar, which was named The New York Times’ Launch of the Year in 2002 and has won 19 Webby Awards for RadarOnline.

He began his career at age 23 when he launched his first magazine, the LGBTQ newsweekly NYQ, serving as the editor-in-chief for two years before joining New York magazine as its deputy editor for seven years.

“L.A. has overtaken New York to become the most dynamic and influential city in America,” Roshan said in a statement. “It’s at the forefront of politics, tech, business, food, art, and fashion. Since the ’60s, Los Angeles has been a stylish, literate, and indispensable guide to the people, trends, and institutions that power the city. I am excited by and grateful for the opportunity to build on that storied legacy and to create a magazine as smart and stylish and provocative as the city it’s named after.” 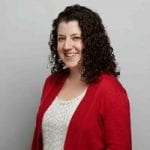 Popular Science’s Sophie Bushwick announced that after five years with the magazine, she is leaving her role as DIY editor to join Scientific American as its new tech editor. She begins her new role on Jan. 28.

Longtime Sports Illustrated editor Richard Demak left the magazine after nearly three decades with the brand. Most recently a senior editor and the chief of reporters, Demak left his roles to become an editor for the law firm of O’Melveny & Myers.

Carlton Jared Lockett is joining Essence Communications Inc. as its new director of product solutions starting on Jan. 28. Most recently, Lockett served as the senior manager of product marketing for Meredith Digital and in his new role, he will be tasked with leading the marketing and strategy for the company’s advertising product portfolio, including its social and content-to-audio platforms. He will be based in the company’s New York City headquarters. 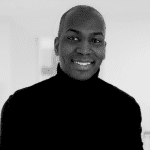 Joel Shoemaker, a former executive for Pride Media, which publishes Out magazine and The Advocate, is joining LGBTQ+ digital news publisher Q.Digital as its new regional VP of sales. Shoemaker will be responsible for growing and serving the company’s list of integrated advertising partners and will directly report to chief revenue officer Justin Garrett.

Shoemaker is bringing over a decade of digital media experience to Q.Digital, including his most recent role of executive director of business development for Pride Media. Prior to that, he served as the VP of the LGBTQ segment for Motivate Inc. and as the SVP of sales, LGBT at iHeartMedia.

David Smith was appointed as the managing director, Defense and Government for Breaking Media. Tasked with leading the defense and federal sector based in Washington, D.C., Smith will be responsible for business and product development, brand strategy and sales and marketing, as well as leading the growth of BreakingDefense.com. He will also pursue the relaunch of BreakingGovernment.com. Most recently the president and managing director of Sightline Media Group, Smith also served as the publisher and general manager of defense systems at 1105 Media. 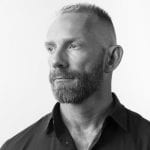 Rob McClelland was tapped as the president of Farm Journal Media’s new Data-Driven Performance Marketing division, which combines the company’s Business Intelligence, Digital Solutions and Content Services units. With over 20 years launching and leading technology and service businesses, including serving as the CEO and president of FLM Harvest and SVP of marketing and business development at Adayana, McClelland will be tasked with heading up this new division as well as integrating innovative business strategies.

The Insurer, a British-based B2B insurance publication, opened an office in New York and announced two new editorial hires this week. The new branch will be lead by North American editor David Bull, who formerly served as the US editorial director for The Insurance Insider.

Working alongside him will be North American associate editor Michael Loney, who is also joining The Insurer from Euromoney Institutional Investor Plc, where he spent over 16 years, most recently as the managing editor of Managing IP magazine. 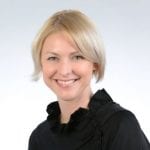 Former SVP of live media and strategic partnerships for Rolling Stone, Amber Mundinger, was named the first chief of operations and head of strategic partnerships for the PBS-syndicated TV show “The Artists Den.” According to a report by WWD, Mundinger, who prior to Rolling Stone served as the VP of new ventures and general manager of WWD, was responsible for launching several new business initiatives, including the first live media division of Rolling Stone and WWD’s first awards event. In her new role, she will be tasked with expanding the brand’s reach with artists and fans, in addition to elevating the access to live music events and the show.

Vox Media tapped Erica Anderson as its executive producer of content and partnerships for Recode’s editor-at-large Kara Swisher. In this role, Anderson will be tasked with editorial oversight for Swisher’s portfolio of media offerings, including Recode, her podcasts Recode Decode and Pivot, the Code conference series, New York Times opinion and MSNBC contributions and the Revolution series on MSNBC.

Anderson was most recently with the Google News Lab where she served as the head of news ecosystem, and has prior experience at both Twitter and the CBS Evening News. 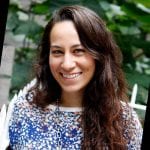 Laura E. Adkins, who spent three years at The Forward, most recently as its deputy opinion editor, is starting as the opinion editor for the Jewish Telegraphic Agency (JTA) on Jan. 28.

Former senior editor for the Weekly Standard, Christopher Caldwell, was tapped as a senior fellow at the Claremont Institute, as well as a contributing editor for the Claremont Review of Books. In addition to his new role, Caldwell will continue to write for other publications.

Mackenzie Mays is leaving her role as an investigative reporter at the Fresno Bee to join Politico’s newly formed Politico California Pro team where she will cover education and budgets.

City Hall reporter Gloria Pazmino is leaving Politico after five years to join NY1 where she will cover politics.

Last week, we reported the first editorial hires for the soon-to-be re-launched Gawker, under Bustle Digital Group, which included the appointments of Maya Kosoff and Anna Breslaw as staff writers. In a post on Twitter, Kosoff shared a statement from both Breslaw and herself, which explained that they had left the company, citing concerns about the newly appointed editorial director Carson Griffith.

In the statement, which was originally shared with The Daily Beast, they said, “We’re disappointed it ended this way, but we can’t continue to work under someone who is antithetical to our sensibility and journalistic ethics, or for an employer who refuses to listen to the women who work for him when it’s inconvenient,” and stated that they no longer felt they could represent the website.