Why Luxury Titles Are Poised to Survive the Next 5 Years
While print magazines continue to struggle, there is still hope for some.

Like all of us who retain an old-fashioned, romantic affection for print magazines, I sometimes find myself wondering which ones will still be around in five years. It’s sort of a mental game I play—”Survivor: Mag Edition.”

Many of my favorite books will be gone, no doubt—lost to handheld screens or buried in unmarked graves where scores of once-proud titles now molder. It’s sad but inevitable, and no use weeping for what’s past. It’s nature’s cycle: eventually, all our loves perish.

In the near term, fortunately, some top-flight books will survive; a tiny group may thrive. As I said, I’m looking only five years out. Beyond that, it’s a crapshoot, and you’d be a fool to assert with any sense of confidence which consumer titles will cling to life in their current form.

Of those that somehow manage, one would want to know, “What is it that they have in common?”

That question no longer keeps me up at night. But, quietly, I wonder, and here’s what I have concluded. The print magazines most likely guaranteed a long horizon will be those that focus principally on two broad subject areas: success (in life, in business) and appreciation (of pursuits, of things).

It seems to me that the success & appreciation umbrella pretty much covers what readers will gladly pay for. Count on the S&A magazines increasingly to be marketed as premium products with eye-popping cover prices. They will be beautiful to see and touch. The scent of the paper will, in many cases, deepen their sensual appeal. Some of the magazines will find their way onto library shelves, so lovely and book-like will they be.

So, that’s basically it: S&A. Simple.

At the same time, with the possible exception of The New Yorker, which defies multiple laws of publishing gravity, weeklies will largely disappear. You can no longer prosecute a logical case for them in the age of hyper-speed news distribution via TV and the internet. Bi-monthlies, monthlies and even quarterlies clearly make more sense in every way, particularly given production costs. We are seeing that shift already.

Independent, high-concept books, with their limited circ and issue-to-issue elasticity of format, will do fine. Their profit expectations are modest, anyway. Often they showcase the very best of what print magazines can be when creatives concentrate on greatness rather than greenbacks. These are invariably quirky passion projects and, honestly, I love almost all of them. Maybe more will be birthed as the big, branded books fade.

Now, let me be a little more specific here about the five-year survivors—the magazines that fall beneath the success & appreciation umbrella.

I’m chiefly referring to books that specialize in personal and business achievement, art and design, fashion, travel, collecting and everything relating to what we broadly define as a luxury lifestyle. Plus, in some cases, smartly done long-form journalism, which does not usually flourish on the web.

How-to and news/think books: bye-bye. Niche hobby titles: seeya around. Actually, most saddle-stitched, main-streamy mags: they will slip slowly away. (Unless, that is, you appeal to a high net-worth audience.) Sad to see you go. Really.

And forget about selling at newsstands as a way of dodging the heavy burden of postage. New York City, once the undisputed newsstand capital of America, now has only 300 or so stands scattered around the city, down from a peak of more than 1,500 in the ’50s. What does that say, eh?

And as long as I’m being the skunk at the party—well, wait, there’s more! (Sorry.)

Point-of-sale pockets are still to be found everywhere, of course, but you don’t find many of the success and appreciation magazines in those pockets. As for Walmart, it currently still moves tons of magazines, but they’re not the ones that will most likely be around by, say, the summer of 2024.

So, to be generous, the overall trend looks bleak. General interest, mass-market print books are not exactly doomed, but—well, yes, most are doomed. 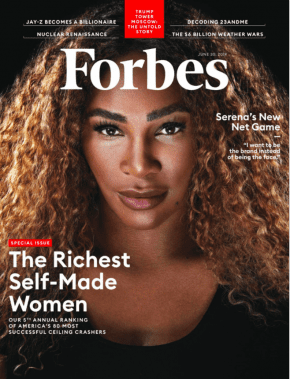 I was lamenting all this one day last month when the latest issue of Forbes landed in my mailbox. Forbes, the 100-plus-year-old cheerleader for American capitalism. Forbes, which, I’ve got to say, has too long looked every bit its age. Until, that is, its June 30 issue, which—holy cow—is transformational. Clean, crisp, seemingly more relevant with the turn of each page. In sum, it’s suddenly alive and modern.

Forbes, it so happens, is the very embodiment of what is meant by “the pursuit of success.” Consequently, it’s a book that, in my view, has already got a meal ticket to the future. Why the overhaul, then? Why now?

Me: So, what sparked the decision to totally refresh the magazine? 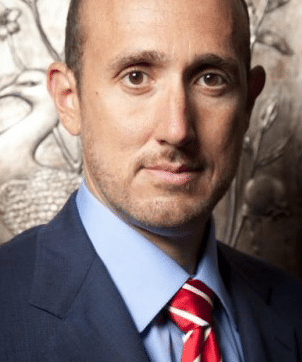 Randall Lane: You feel many books responding [to the market] when they feel panic. We’re strong. That’s when you can make great decisions, when there’s no desperation.

Me: Who made the call to write a check for the redesign? It had to be expensive.

Lane: Our CEO gave the go-ahead to invest in print—it’s a key part of our editorial food group. It’s the front door to our brand. We’re taking one of the great brands in the world and making it even better.

Me: Do you think print books can continue to compete well into the 21st Century?

Lane: Print has to change because there are many things that digital does better. You can share [online content], bookmark it, it sits in your pocket. So what is it that people still love about print? There are things that are timeless and awesome about print.

Lane: It’s not just an experience on dead trees. Every page surprises and, hopefully, delights. We try to turn it into an experience you appreciate, cherish, save.

Me: I agree about print versus digital. I take no pleasure in reading magazines on computers or devices. I’ve tried, believe me, I’ve tried—all kinds of magazines. It’s just not an enjoyable experience for me.

Lane: I hear you. What a magazine needs to be for the 21st Century is something that feels bad to throw out because it looks good, it feels good and it gives timeless information that readers refer back to. Magazines need to inform [but] get you out of the news cycle and take you into something deeper and smarter. And be fun to look at and read.

Well, yeah. Randall Lane has the good fortune to preside over a brand that’s built a loyal audience. Furthermore—and this is key—Forbes’ readers have significant assets and are not bashful about pursuing more. The magazine is in absolutely perfect sync with its readers’ interests. It fills the space where “success & appreciation” intersect.

What other print books can stake out similarly valuable territory, more or less assuring survival for a while longer?

Robb Report comes immediately to mind. Probably obvious, as its tagline is, “Luxury Without Compromise.” In its latest incarnation, which succeeds a version of the book that had become a caricature of a magazine for entitled readers, Robb Report is both a reliable resource and a guilty pleasure. It is definitive in those ways, which means rich folks—or people who hope to be rich one day—will pay to read it. Robb Report has a companion online site, and it’s pretty good. But the brand is entirely the big, lush magazine.

The other day I went to a local newsstand—at Barnes & Nobles, which itself is a shaky enterprise and has talked about scaling back space for its magazine racks—and surveyed the racks for books that focus on success & appreciation. There were a fair number. I picked up a handful.

The Golfer’s Journal: It’s $20 an issue and every page feels like the protective paper stock in which Apple delivers its devices, so you know right off the bat that we’re talking super-luxe. Which holds true for several of the other golf titles as well. Golf appeals to a highly desirable demo. The Golfer’s Journal is always going to be a print magazine; there is no viable alternative.

Flaunt: It has long been a quirky city magazine. Independent, but fat with advertising and photography that aches “this-is-so-L.A.” from every glossy page. Gotta be print. Gotta sit on a sleek, hand-crafted coffee table.

Town & Country: C’mon, this is a gimme. People who love T&C would never read it on their handheld smartphones, even if someone held the phones for them.

Architectural Digest: See above. But to be fair, AD, like many other magazines that cover design in one form or another, has no choice: its editorial mission requires that it puts high-quality ink on fine paper stock.

Cigar Aficionado: One could make a case that the book’s website does an adequate job of comparing cigars and cigar ephemera, and what more is needed? Yes, but that would be missing the point. More than anything, Cigar Aficionado is about a lifestyle and an attitude. An expensive bound book is required to convey those things to an unapologetically upscale audience.

Worth: I love this magazine because it is so unnecessary and yet does what it does so well that readers will pay $18.95 per issue. I’m not convinced that they actually read it, but they want to own it and, at the very least, experience the fabulous way the editors present the wide world of wealth. Bravo. 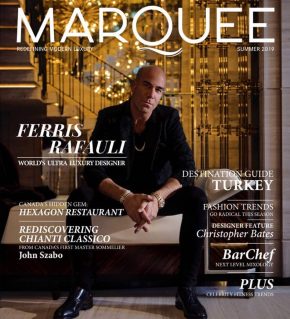 Finally, before I left the B&N store, I scooped up one additional magazine, MarQuee, a young Canadian-based title with a bold but misleading tagline: “Redefining Modern Luxury.” Only $6 an issue, which suggests a severe lack of confidence. And frankly, I can see why. The editor says in her letter that the magazine is intended to reach “all types of readers.” That’s a problem. Going forward, a print title cannot thrive by trying to satisfy “all types of readers.” It needs a sharper focus and a better execution. MarQuee doesn’t understand that. It’s not destined for a long life.

Look, I take no pleasure in observing the decline of print magazines. To me, the form remains perfect. Superior to the internet for the delivery of content that does not need to be seen right this minute. If it can wait—if it’s content that I’ll want to linger over, consider, maybe tear out or mark up—I want it on paper.

Traditional, bound magazines that are intended to reach upscale, discerning, acquisitive readers are the ones that, in my judgment, stand the best chance of surviving another five years. But they need to be expertly produced.

This opinion may not endear me to overly optimistic publishers who refuse to acknowledge market trends, and it kills me to say this, but for lots of middling, less-than-excellent magazines, the end is near.