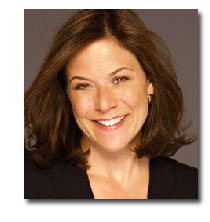 Gina Sanders, a publisher of multiple titles at Condé Nast over a 20-year period, has been named president and CEO of the Fairchild Fashion Group, the company announced today. Sanders will be in charge of Women’s Wear Daily, WWD.com, Footwear News, Fairchild Summits and Fairchild Books and will report to Condé Nast president/CEO Charles Townsend. Her appointment is effective February 1.

“Gina is a strategic business leader with strong fashion, beauty, and retail experience,” Townsend said in a statement. “I look to her to leverage the FFG assets and to grow the company’s vitality in the marketplace.”

Most recently, Sanders has been VP and publisher at Lucky since 2008. Prior to that, she was the founding publisher of Teen Vogue as well as publisher—and later VP—at Gourmet. She also held positions at Details and House & Garden.