People editor-in-chief Dan Wakeford announced his first hire and several promotions since taking on his new role in March. 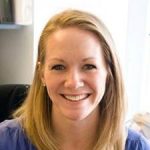 Wendy Naugle was brought on as the new deputy editor for the magazine. She joins Meredith from Condé Nast, where she spent the past nine years as the executive editor of Glamour. In her new role, Naugle will be tasked with overseeing the launch of the brand’s new editorial offerings and working closely with Zoe Ruderman, editor of People.com, to oversee the newsroom. She will also serve as the liaison between the editorial and business sides of the publication. Starting July 9, she will report to Wakeford.

Three editorial promotions were also made this week: 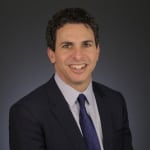 The Atlantic president Bob Cohn announced today that he is leaving the magazine after nearly 11 years. Starting in September, Cohn will take on the “Resident Fellowship” at Harvard University’s Institute of Politics, where he will teach the intersection of political and public policy.

After his last day on Sept. 7, Atlantic Media president Michael Finnegan and chief administrative officer Aretae Wyler will divide Cohn’s responsibilities and direct reports, and according to Atlantic Media chairman David G. Bradley, they will have line responsibility for The Atlantic and its divisions for the “foreseeable future.”

“To my mind, Bob was the central animating figure in the two great revolutions in my time with the publication,” said Bradley in a statement. Having joined the magazine in 2009 as a digital editor, Cohn “led the conversion of our then-modest website to the largest economic pillar of the enterprise,” and “rescued and then reset The Atlantic” before taking on the role of president in 2014.

D.D. Guttenplan started as the new editor-in-chief of The Nation this week, officially succeeding longtime top editor and publisher Katrina vanden Heuvel, who moved into the role of editorial director and publisher. And in his new role, Guttenplan made his first editorial hires with the appointments of Jeet Heer to national-affairs correspondent and Jane McAlevey as strikes correspondent. 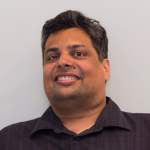 Heer is a former staff writer for The New Republic and has also written for The New Yorker, The Paris Review, Virginia Quarterly Review, The American Prospect, The Guardian and The Boston Globe. In his new role, Heer will contribute commentary several times a week for TheNation.com, as well as frequently write features for the print edition of the magazine. He is also the author of “In Love with Art: Francoise Mouly’s Adventures in Comics with Art Spiegelman” and “Sweet Lechery: Reviews, Essays and Profiles.” 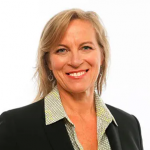 McAlevey has been a contributor to The Nation for almost a decade and in her new role, she will be tasked with covering the momentum behind the labor movement, covering workers’ rights and unions, and the links between organizing, power, strategy and strikes. She has written two books on the subject, “Raising Expectations (and Raising Hell)” and “No Shortcuts, Organizing for Power in the New Gilded Age.” 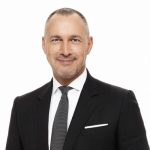 The Hollywood Reporter–Billboard Media Group named Edward Menicheschi as its new chief global commercial officer this week. Reporting to president Deanna Brown, Menicheschi will split his time between New York and Los Angeles and will be responsible for overseeing all media revenue, as well as lead revenue expansion and sponsorship integrations.

Coming from Silver Fox Productions, a strategic advisory firm Menicheschi founded that’s focused on the media, direct-to-consumer and venture capital sectors, he has previous experience in the magazine media industry. He previously was the chief marketing officer and Media Group president for Condé Nast, where he was responsible for the company-wide marketing and corporate ad revenue strategies, as well as leading corporate sales including digital, video, social, data products and sponsorship revenue. During that time, he launched the branded content agency 23 Stories, the Premium at Scale digital ad network and Condé Nast’s Premium Programmatic business. He also served as president of WWD Media Worldwide, executive editor and associate publisher Europe at Vogue, and started his career at GQ where he held many roles.

ALM tapped Heather Turner as its new digital managing editor for the PC360 team based in the Denver office. Most recently at Key Media, Turner served as a features and special projects reporter-editor for Insurance Business America, Insurance Business Canada and Canadian Mortgage Professional.