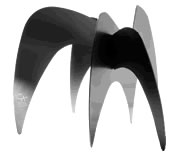 The consumer magazine elite will gather tonight at 583 Park Avenue for one of the biggest events in publishing–the 46th annual presentation of the American Society of Magazine Editor’s National Magazine Awards (nicknamed the Ellies).

In addition to the usual hour-long block of power networking (and power drinking), the sold-out event includes a sit-down dinner for the first time in its history, hosted by ASME.

A total of 20 magazines received multiple nominations this year, with Conde Nast leading the pack at 25 (accounting for nearly a quarter of the total nominations–The New Yorker racked up 9 nods on its own). New York, The New York Times Magazine and Virginia Quarterly Review all received six nominations while first-timers include Cooking Light, House Beautiful, Lapham’s Quarterly, OnEarth, The Sun and Women’s Health). Close to 270 magazines submitted a total of 1,673 entries judged by 359 magazine journalists and journalism educators. A full list of finalists is available here.

Will Conde Nast dominate the winner’s circle or will some of the first-timers and smaller publications (including 3,000-circ. The Antioch Review) break through? Who will the surprise celebrity presenters be and will author and New Journalism founder Tom Wolfe (who is receiving the Creative Excellence Award tonight) challenge Anna Wintour for sartorial splendor?

FOLIO: will be there live-tweeting, keeping you posted minute-by-minute. We’ll also be cross-posting our tweets here, so keep refreshing this link as the evening progresses (the awards kick off around 7:45 EST).

@foliomag.com: Katie Couric in the house! "You magazine people are really fun."

@foliomag.com: Couric :"There’s nothing I like better at the end of the day than relaxing with my copy of Garden & Gun. Table 33, I’m looking at you."

@foliomag.com: Excellence in magazine design goes to GQ. Designer Fred Woodward: "I should thank every editor and publisher who let me learn how to do this under their watch."

@foliomag.com: Couric: "No offense, but now I know why none of you guys went into television."

@foliomag.com: Los Angeles editor Mary Shelton hefts Ellie Award: ‘The real test will be getting this through TSA tomorrow."

@foliomag.com: Public Interest, The New Yorker for "Letting Go." EIC David Remnick: "There are many ways to have a good day in the mag biz. Ours is to see our app passing ‘Angry Birds’ on iTunes."

@foliomag.com: Copperfield: "Best advice I ever had was to move the show along." No kidding, Dave.

@foliomag.com: The New York Times Magazine wins again, this time in the Profile Writing category for ‘The Man the White House Wakes Up To." Guessing it’s not Couric.