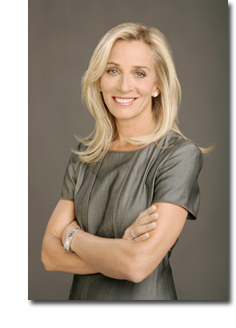 This morning, Martha Stewart Living Omnimedia president and COO (since May 2011) Lisa Gersh was promoted to CEO. One highlight from Gersh’s 14-month tenure was her November 2011 hire of Joe Lagani as MSLO chief revenue officer. (Two months later, Lagani named Peter Medwid publisher of the Martha Stewart Living flagship.) Another was the 10-year "strategic alliance" with J.C. Penney that will take effect in Feb. 2013.

Stewart was the founding CEO. The last executive to hold the title before Gersh was Wenda Harris Millard in 2008-2009. She is now president of the digital consultancy Media Link.

Pre-MSLO, Gersh was a 1997 co-founder of Oxygen Media.