Life After Print: How 3 Magazines Are Navigating Their New Business Models
While there isn't a one-size-fits-all solution for success after print, these success stories give hope to publishers.

As consumers and advertisers continue to shift their attention to digital media platforms, traditional print publishers are increasingly coming to the difficult decision that their future doesn’t include a print publication at all—or at least not one with a regular frequency.

In the last month alone, ESPN The Magazine, Money, Brides and Beer Advocate announced plans to end their print runs. And they all intend to continue producing content for their digital platforms.

Once considered a death knell for a brand, the print-to-digital transition has proven for some publications to be more of a rebirth, especially when they diversify to additional channels, like events and TV. With that in mind, here are a few brands who have shown there is life after print—a good life.

Conduct a “Self” assessment


When Condé Nast announced in December 2017 that the January/February 2018 issue of the magazine would be the last print run, editor-in-chief Carolyn Kylstra knew that the transition would be a challenge. 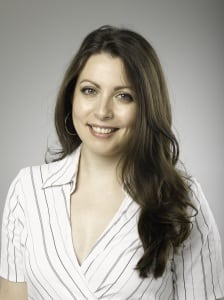 “At the time, there hadn’t really been an example of a consumer brand that had started as a legacy print magazine and transitioned to digital and succeeded,” she says. “I wasn’t entirely sure what success looked like or that it was even possible.”

A year and a half later, Self has proven the model. The brand achieved profitability ahead of schedule, with revenue rising 108% in 2018 and on pace for continued growth in 2019.

The key, Kylstra says, was spending time upfront redefining the brand’s mission and values. That helped rally the staff through the transition and to sharpen the message that the sales team delivered to advertisers. It also meant a change to the content strategy in order to align with those values. The first step was to eliminate social news writing aimed solely at generating clicks.

“We cut our content production in half,” Kylstra says. “My fear was that we would lose traffic, but it wasn’t valuable traffic. The really wonderful thing is that our traffic has just grown since we did that. Focusing on quality and differentiation over quantity and empty clicks has increased our engagement. People spend longer on the site, and our audience has grown tremendously.”

Self has also been aggressive in diversifying its revenue sources, finding success with special issues, affiliate revenue and licensing product lines, such as a limited-edition fitness line in Target and a lifestyle brand at Bed Bath & Beyond. The brand also doubled down on its efforts on Snapchat’s Discover section, a move that has been a boon to both revenue and audience development efforts.

“We had been speaking to people in their 30s and 40s, and now we’re also talking to women and girls in their teens and 20s,” Kylstra says. “But the mission and values remain the same. It’s the brand, through and through.”

The shift to digital has allowed WWD to better serve the global fashion industry, leading to significant subscription growth. Paid subscriptions to its daily newsletter and website are up 30% since the brand began moving away from print in 2015, with more than half of that increase coming from overseas. 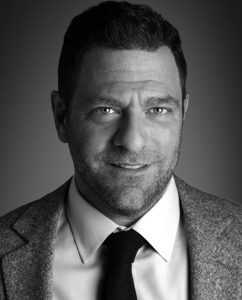 While, WWD does distribute print issues at a few big fashion and trade shows, the digital focus has allowed it to tap into other new revenue sources.

“Not only are you growing your audience digitally, but you can develop bespoke products for them,” Jowdy says. “Data allows us to find people who are just interested in specific content and reach out to them via email blasts. We’re working on programs that will deliver specific products to people based on their needs, and you can’t do that with print. The advertisers want to reach those people, too, so there’s very little waste.”

Like others who’ve successfully transitioned to digital, the move required a hard look at internal roles and a reallocation of talent. There’s now staff dedicated to marketing each piece of content created by the editorial team, changing headlines, and photos depending on whether a story is running on social, on the website or in the newsletter.

While advertisers, who had already been migrating to digital, embraced the change quickly, Jowdy says there were some readers who struggled at first with the change. While they’ve since come around, some high-profile executives initially opposed the switch.

“You have CEOs of some of the biggest brands in the world that still wanted to read print,” Jowdy says. “That was very difficult. We had meetings to talk them through it, because they were used to getting WWD on their desk every morning at 6:00 am.”

WWD’s ability to offer exclusive content has been fundamental to its success as a post-print product. Content remains king, regardless of the delivery method.

“Without print, you still have to produce content that people want to consume,” Jowdy says. “If it’s good, they will find you.”

A few years before ending its print run 2015, the senior staff at Government Executive began discussing a shift to digital and the best way to position the brand.  The team decided to focus on the growing the already strong GovExec.com, but to also build out additional brands. It launched DefenseOne, covering the defense industry in 2013, and RouteFifty, covering state and local governments in 2016. 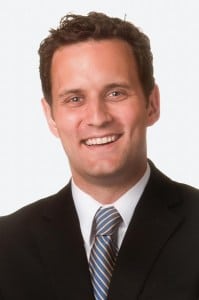 “Our strategy was to segment the government market and create very influential brands in those key segments, and then monetize them with unique advertising models,” says Tim Hartman, chief executive officer of the Government Executive Media Group. “That means lead generation, content creation, custom advertising services, list and database services. The things that are now known as the B2B digital model, but at that time were still bets to be made by digital publishers.”

The bet paid off for the brand, but it required work. There were focus groups and surveys aimed at honing the content strategy to better serve and engage the audience, and substantial time spent finding and hiring the right team to execute the strategy. The result: Revenue has increased more than 60% since 2015, and staff has more than doubled.

As the digital marketplace evolves, so does the group’s strategy.

“There’s a whole discipline around journalism and content and how it can work and engage in the digital sphere,” Hartman says. “Some of that is headline writing; some of it is voice; some of it is the length of the articles. For each of our brands, there’s a recipe of how that content is created and delivered to the audience. We’re always tweaking it if things aren’t working. We will change beats, times of day that we publish.”

Across all the brands, there is a focus on data and the making sure that the content is reaching the core audience. There has also been a move away from an over-reliance on print advertising, which once comprised 80% of revenue.

Now, the company gets about 70% of its revenue from digital revenue streams, including pure digital display advertising, lead generation and lead generation services, data services, content and marketing services and sponsored research. The remaining 30% of revenue comes from the roughly 100 events the group hosts per year.

Hartman says the key to the making the transition from print to digital is investing in the digital model and approaching the move as a growth strategy, meeting your audience and advertisers where they already are.

“If you reimagine your print brand in the digital world and it’s smaller than what it was, you have done it wrong,” he says. “You have to think expansively and creatively about what this brand could be, given the opportunity to engage your audience on an hourly basis with video and social and high-impact advertising. Think about what your digital brand is going to be.”