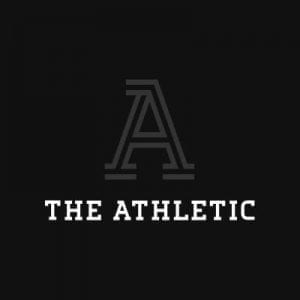 In total, 46 staffers were laid off at The Athletic, a figure confirmed by basketball writer Brett Dawson, who said he was among those let go. That amounts to about 8% of the The Athletic‘s overall staff, the company said.

“With sports on pause due to the ongoing pandemic, today we made the difficult decision to reduce the size of our staff in select coverage areas, affecting approximately eight percent of employees,” The Athletic said in a statement. “While we are hopeful that sports will soon resume, this measure was necessary to ensure that the company can weather the uncertainty that lies ahead. Overall, our subscriber base remains steady and we are proud of our newsroom’s continuing coverage of the return of sports.”

Axios, which first reported the news Friday afternoon after obtaining an internal memo, adds that those laid off will be given four weeks of severance pay, and that “most” employees remaining with the site will be taking a 10% pay cut for the rest of the year, with those earning more than $150,000 subject to higher cuts.

It’s unclear which coverage areas, specifically, The Athletic chose to cut from, but most of the layoffs appear to have impacted editors and beat writers covering the NBA, NFL and college football. 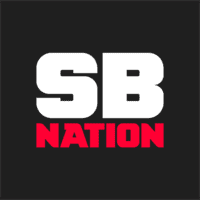 Meanwhile, at least 10 editorial staffers at SB Nation said they accepted buyouts from parent company Vox Media this week and will be leaving the site.

Particularly hard hit was college football offshoot Banner Society, where most of SB Nation‘s NCAA football coverage had been living since its launch in August. At least four staffers accepted buyouts there, including longtime SB Nation writers and editors Jason Kirk and Spencer Hall.

Buyouts extended to staffers at the flagship SB Nation site as well, including longtime NBA writer and editor Mike Prada. Most of those leaving the site were among the approximately 100 Vox Media employees, or 9% of its overall staff, who were furloughed for three months starting May 1.

Citing sources with knowledge of the situation, The Big Lead reported in late April that furloughed staffers at SB Nation would be offered more favorable buyout packages if they accepted them by May 31. A rep for Vox Media didn’t respond to a request for comment.

Those furloughs occurred after negotiations with the Vox Media Union, which represents hundreds of staffers across the company, including at SB Nation, yielded a guarantee of no layoffs until July 31 at the earliest, as well as the buyout option for furloughed staffers. The union said in a statement that employees had offered to take deeper pay cuts in order to reduce the number of furloughs or avoid them entirely.

Cuts at The Athletic and SB Nation are only the latest examples of attrition in a sports media landscape that had been ravaged by cuts even before the COVID-19 pandemic put college and pro sports on hold.

Deadspin is attempting to reassemble a staff and regain its readership after its entire editorial team walked out last fall amid clashes with owner G/O Media, while Sports Illustrated laid off about half of its editorial staff shortly after TheMaven took control of the magazine last October, made an additional round of cuts in late March and on Friday, instituted a 15% pay cut for remaining employees across the board, according to a report in The Daily Beast.