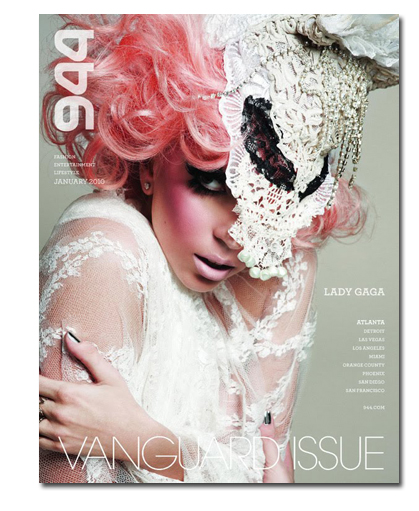 Sometimes even the fastest-growing media companies hit a financial wall. Arizona-based magazine publisher 944 Media, which just last year said it was the largest and fastest growing lifestyle media conglomerate in the industry, has filed for protection under Chapter 11 bankruptcy code.

In the statement announcing the bankruptcy, 944 said the filing was precipitated by “several potentially burdensome lawsuits,” but didn’t offer any specifics. I spoke with a 944 spokesperson who told me the lawsuits involve the buyout of a former 944 partner/investor and the terms of a partnership surrounding 944’s 2008 "944 Super Village" Super Bowl event. She said the event was not “financially profitable” but said its co-owner is “trying to monetize” the publicity 944 received for producing it.

I managed to dig up the documents for that particular case against 944, which was filed in March 2009 by California-based Explosive Productions LLC. The complaint alleges that the "Super Village" event was a financial disaster, in part because 944 kept sponsorship money for itself and “secretly” gave away thousands of tickets (including more than $1 million in VIP tickets to “potential magazine models”), actually selling fewer than 1,000 tickets. It also alleges that 944 investor Eric Crown (also co-founder and former CEO of Insight.com parent Insight Enterprises) took $180,000 worth of tickets and cabanas for his own “personal, social purposes.”

Meanwhile, Explosive claims that 944 branded the event for itself and bragged in press releases about the 740 million media impressions it received about the event. “944 Media intended from the beginning to use the Super Bowl event as a massive publicity campaign for its 944 magazine, regardless of whether the event was profitable, to be paid for through Explosive Productions’ financial support…,” the complaint reads.

It gets worse. Most “insidiously,” the claim continues, 944 Media’s “racial bias” led to its refusal to allow marketing of the event to Hispanic markets. “944 media was, above all, concerned with its image with the white and affluent audience it covered,” says the complaint. “That bias caused 944 Media to insist that no advertising would be purchased if that advertising was directed, even partially, at Mexicans or Latinos.”

Explosive contends in the suit that it wanted to produce a series of boxing matches to take place at the event featuring fighter Hector Camacho Jr. But 944 Media execs shot down the idea of promoting the event or the fights on Spanish language radio in Phoenix, Arizona, the suit claims. Here are portions of two e-mails from 944’s business development manager about the fights, via the lawsuit documents:

Guys. No running commercial on the mexican radio stations please. What are u guys thinking! Please call to discuss immediately! I am not destroying this party for the sake of saving this boxing match.

We can’t promote on Spanish radio unless you want to kill this event entirely on Sat night. We will have a bunch of gang bangers and get shut down.

I understand the concept of and value in marketing to your audience, but—whoa. At the very least, this is a perfect example of how two very different ideas can clash with disastrous results. I’m sure it happens, even in publishing, more than I’d like to admit. Although, hopefully not to this degree.

Explosive’s claims against 944 also got personal. The lawsuit alleges that the only reason Crown invested in 944 Media was “the access it gave him to young, attractive models and other women, whom he hoped to date.”

Lawsuit or not, that’s a tough complaint to swallow.